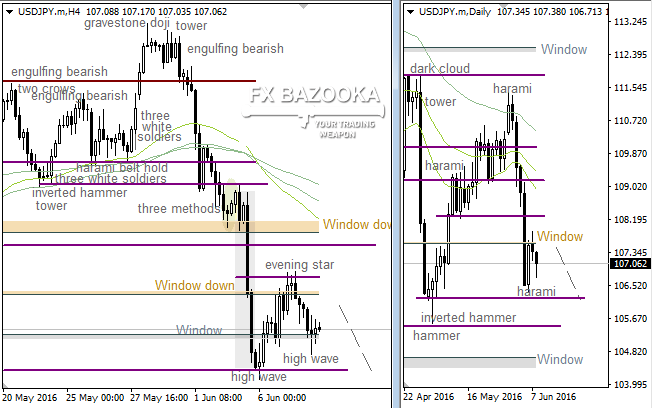 We’ve got a local “Evening Star”, so the current decline is likely going to continue towards the nearest support level. As we can see on the Daily chart, a “Harami” at the last low hasn’t been confirmed yet. Therefore, bears are probably going to move on. 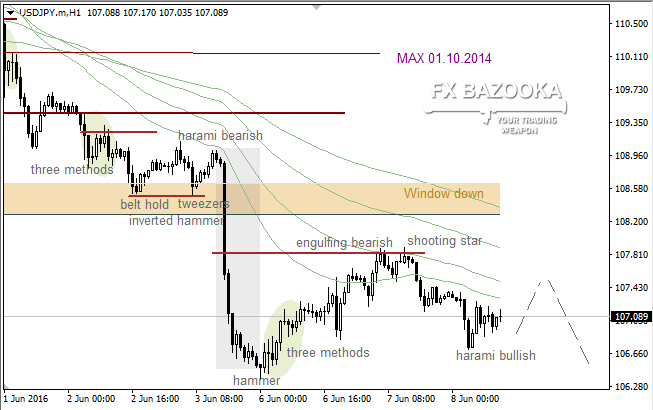 There’s a correction in progress under the Moving Average lines. Previously, a “Shooting Star” was formed at the local high. However, we’ve got a “Harami” at the last low, which has been confirmed, so the market is likely going to reach the 34 Moving Average in the short term. If a pullback from this line happens, there’ll be an opportunity for a new stage of the current bearish rally.