NZD/USD has been rising sharply in the last few trading sessions – following the earlier breakout of the resistance level 0.6850, which was set as the buy target in our previous forecast for this currency pair. The breakout of this resistance level grealty accelerated the active minor impulse wave 1, which belongs to the primary impulse wave ③ from the end of May (which began when the pair reversed up from the support zone near the support level 0.6670).

NZD/USD is likely to rise further to the next buy target at the pivotal resistance level 0.7050 (which reversed previous waves (5) and (B) in April and May, as can be seen below). 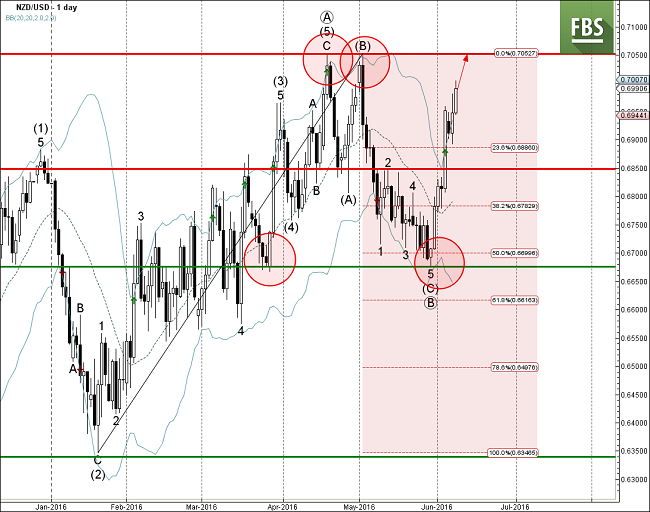