NZD/USD opened with an 80-pip gap to the upside and is trading in the 0.7100 area at the moment of writing. New Zealand’s dollar rose as the Reserve Bank of New Zealand left the official cash rate at 2.25%, while some analysts thought that there will be a rate cut. The RBNZ cited its concerns over rising house prices and emerging inflationary pressures as the reason to keep policy unchanged.

However, analysts at ANZ, Western Union and Nomura think that the RBNZ may still reduce borrowing costs in August, especially if NZD gets more expensive. As a result, ANZ thinks that NZD/USD won’t go very high, and after the initial reaction on the RBNZ news on Thursday the pair will lose upward momentum. Note, however, that it’s a long time until the New Zealand’s central bank meets on August 8. Higher commodity prices & lower US dollar could make the currency pair try higher levels. On the other hand, uncertainty and demand for safe haven assets should limit demand for NZD. 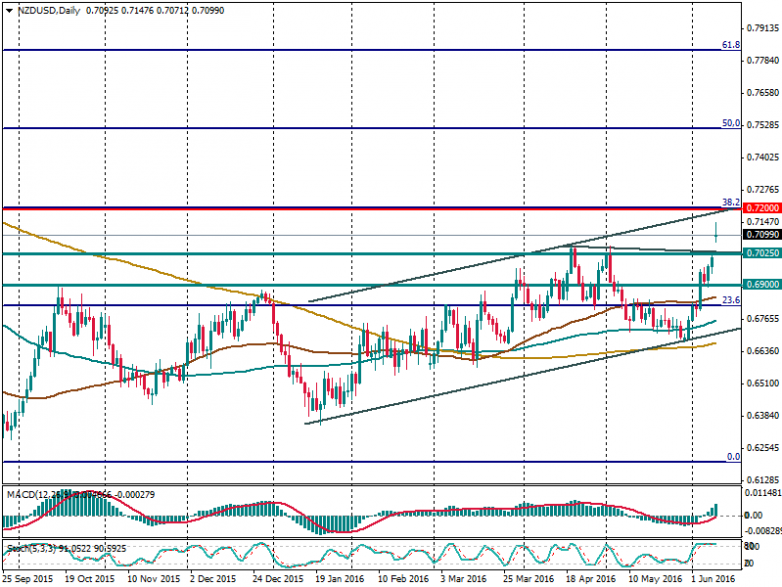