USD/JPY: new low is coming soon because of "Three Methods" 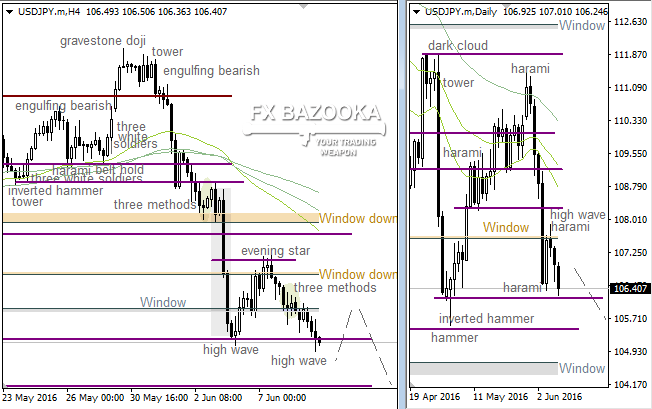 The market has been falling down since an “Evening Star” formed at the local high. So, bears are likely going to move on until any reversal pattern arrives. As we can see on the Daily chart, the nearest “Window” acted as a resistance, which brought a “Harami” and a “High Wave”, which both have been confirmed enough. Therefore, sellers are free to deliver a new low in the short term. 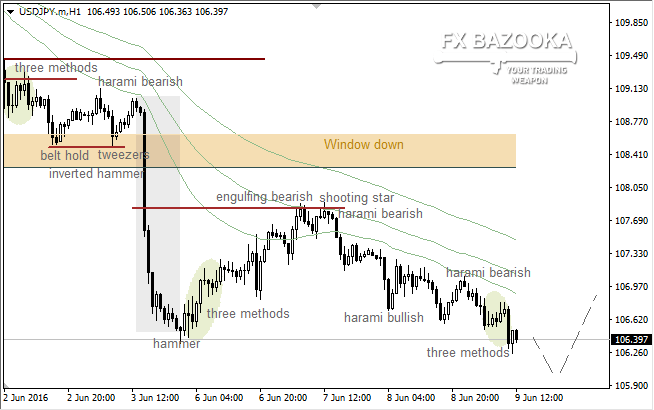 We’ve got a couple of bearish patterns on the 34 Moving Average, so the price is declining. Considering a “Three Methods” pattern, the downward movement is likely going to continue.