USD/JPY: sellers are ready to move on 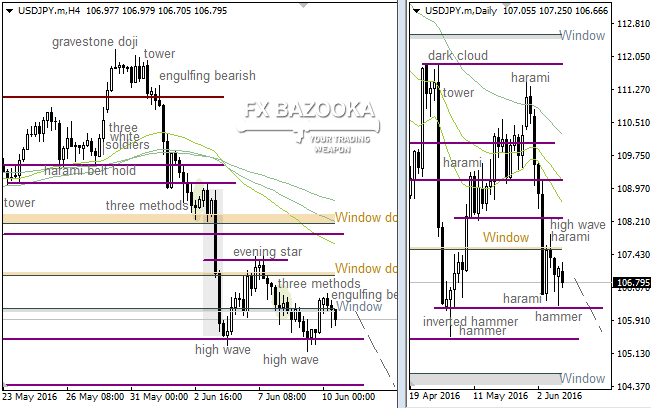 There’s a flat under a resistance by the middle of the last black candle. Moreover, we’ve got an “Engulfing” on the nearest “Window”, so the current decline is likely going to be continued. As we can see on the Daily chart, there're a “High Wave” and a “Harami” under a resistance by the “Window” nearby. Considering that both patterns have been confirmed, bears will likely going to push the market lower soon. 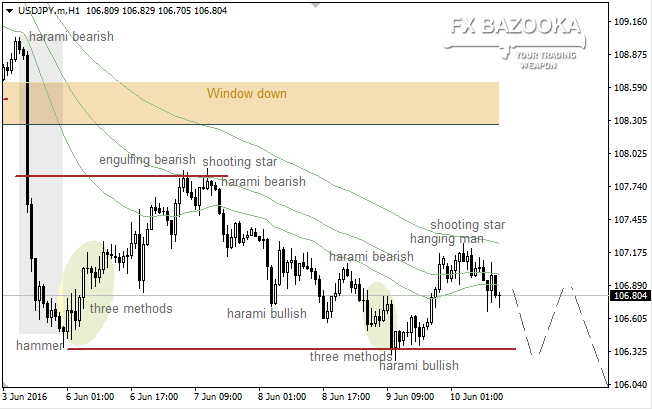 We’ve got a “Shooting Star” and a “Hanging Man” at the last high, which both have a confirmation. Therefore, the market is likely going to reach the 34 Moving Average in the short term. If a pullback from this line happens, sellers will probably try to set up a new decline.