GBP/CHF continues to fall inside the minor impulse wave C, which belongs to the medium-term ABC correction (2) from the end of May. Pair earlier broke the daily up channel from April (which encloses the previous impulse  wave (1)) and the support level 1.4000 (which was previously set as the sell target for this currency pair). The breakout of the support level 1.4000 intensified the bearish pressure on this currency pair.

GBP/CHF is likely to fall further to the next sell target at the support level 1.3800 (low of the previous minor correction 2 from May and the target price for the completion of the active correction 2). 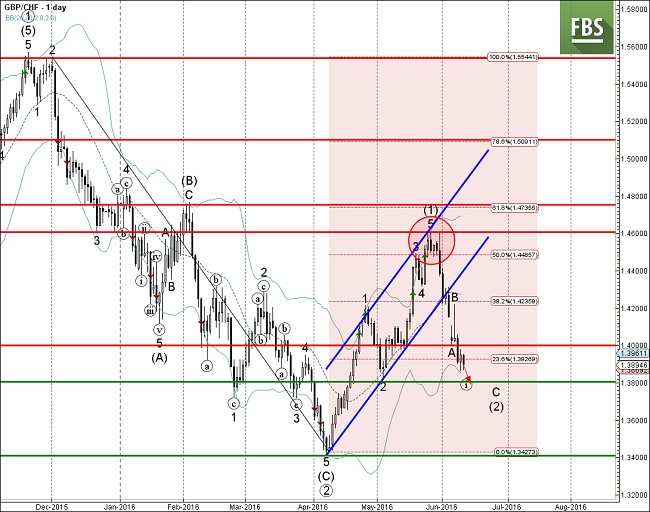