We're one week ahead approximately of Brexit referendum, which will take in place on June 23th, and it seems the odds are favoring to the “Leave” option, according to the most recent polls released by media and independent agencies. The latest headline comes from a poll published during the Friday's US session by ORB Independent, which favors the Brexit with 55% of preference, against a 45% which wants to stay at European Union. After the poll was released, GBP/USD had a decline of more than 100 pips, closing the week at 1.4253, which is telling us that the Brexit sentiment is a strong catalyst that drives the pair nowadays. 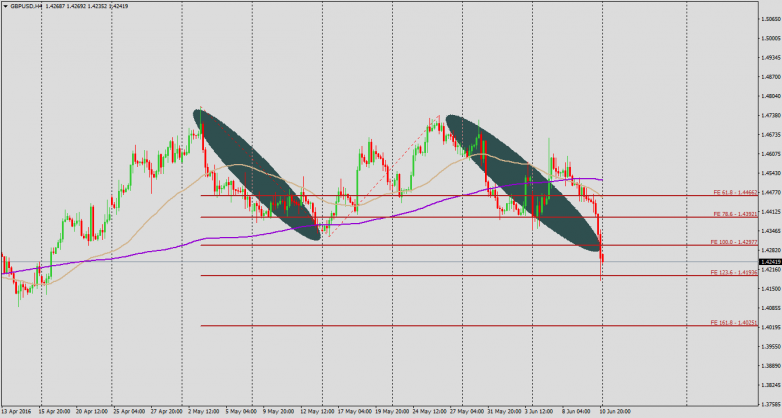