GBP/USD traded sideways during the past week between 1.4650 and 1.4300. Volatility in this pair is created by various news about the Brexit opinion polls. On June 23 British people will vote whether they want the UK to remain in the European Union or not. For now, opinion surveys tend to show different results. Given the uncertainty many players pull their money out of Britain and pound.

Pay attention to the UK inflation data on Tuesday and labor market figures on Wednesday. On Thursday Britain will release retail sales statistics. In addition, there will be a meeting of the Bank of England. The central bank will leave monetary policy unchanged. There’s a risk of dovish comments from British central bank.

Also watch the outcome of the US Federal Reserve’s meeting on Wednesday: although the rate hike is not expected, traders will watch whether the Fed changes its rate forecast for this year. If it does, GBP/USD will find support. If it doesn’t, bearish pressure will intensify and we’ll see bigger declines. 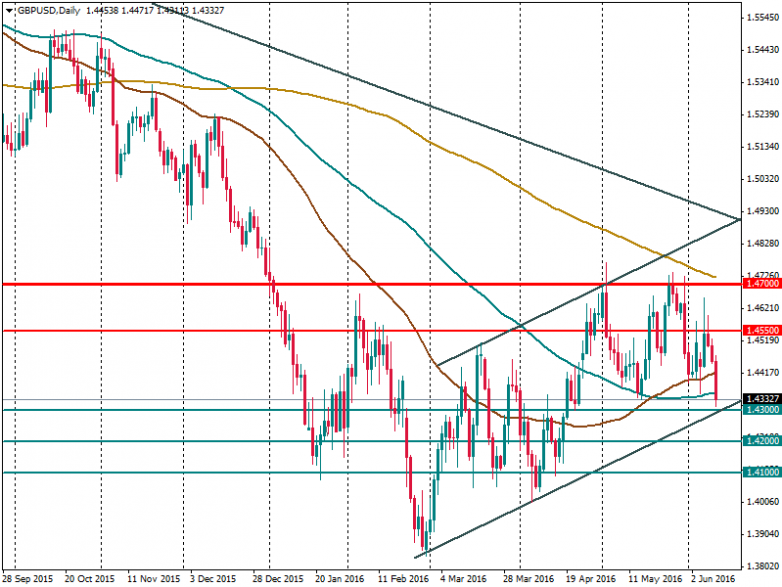