USD/JPY remained close to this year’s minimums and this is not welcome by the Bank of Japan. Yet, as Japan’s prime minister Abe has delayed sales tax hike thus lifting the heavy weight from the nation’s economy, the possibility that the BOJ will expand monetary stimulus has declined.

This week there will be meetings of both the Federal Reserve on Wednesday and the Bank of Japan on Thursday. As for the Fed, it is very unlikely to raise the interest rate next week, but the meeting and the press conference will still make the news as we’ll hear whether the Fed’s forecast for 2 rate hikes this year has changed. No action from the Bank of Japan should keep USD/JPY under pressure. Also note that there’s demand for Japanese yen as a safe haven because of concerns about the global economy and approaching Brexit. China will release industrial production figures on Sunday and this will determine investor’s mood at the start of the week. 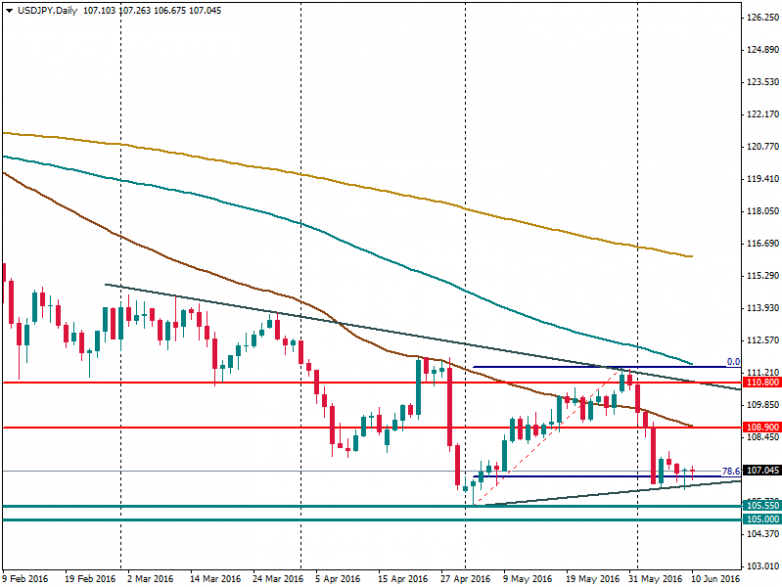