GBPUSD went below the Cloud

Daily. Last week the bulls honestly tried to hold GBP/USD above the daily Ichimoku Cloud. However, their inability to fix above Tenkan-sen and Kijun-sen led to a powerful move down. By the end of Friday the pair traded in the negative area, despite the bullish nature of the Cloud.

For now the market is holding above 1.42, but such a rapid decline can lead to further losses after a short break. 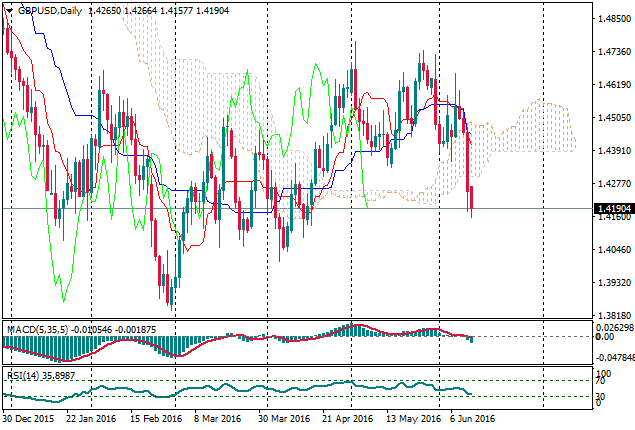 H4. Dramatic events, which took place at the beginning os the last week, can be clearly seen on H4. the bulls attacted resistance of the Ichimoku Cloud, but failed. Then the market formed 2-month highs and reversed to the downside: the Cloud turned bearish, while tenkan and Kijun formed the 'dead cross'.

pay attention to the Chinkou line, which warns us that the pair is oversold. As a result, the pair may correct to Tenkan in the near term. 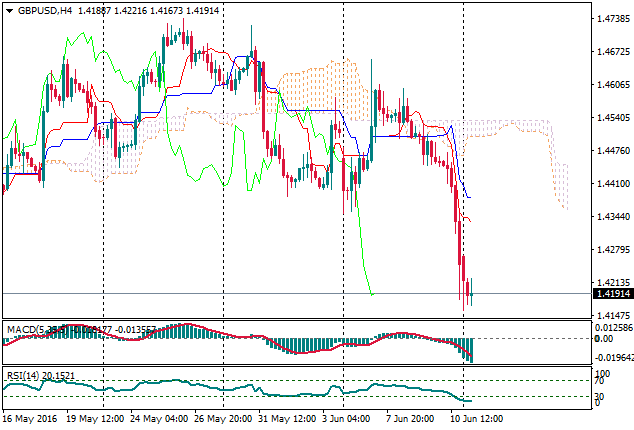