Today at 12:30 GMT we'll have a major economic data from the United States: Retail sales (May). April's reading was very positive (1.3%), which is a sign that the US economy performed well during the first quarter of the current year. Analysts' forecast are calling for a decline from 1.3% to 0.4%, which should be slightly negative for US Dollar's performance against other currencies. Also, retail sales (excluding automobiles) could have a dip to 0.4% from the last reading of 0.8%.

Technical overview of EUR/USD at H4 is calling for a possible bullish resume, after the pair tested the strong support around the 1.1243 level, which coincides with the 50.0% Fibonacci's price zone. A range has been established between the 1.1300 and 1.1243 levels, and a lower-than-expected reading of retail sales could trigger a possible breakout of the 1.1300 psychological zone, toward 1.1380 level in a short-term basis. The better-than-expected scenario, in the other side, could produce a bearish continuation below the support level of 1.1243. 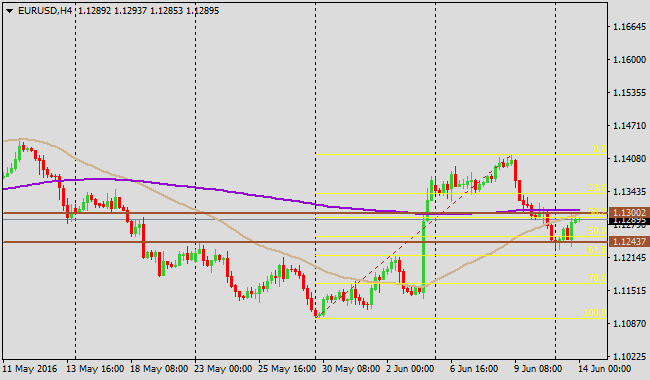