CAD/JPY recently reversed up from the support zone surrounding the strong support level 82.30 (which had previously stopped and reversed the previous waves (B), (1), B and 1, as can be seen from the daily CAD/JPY chart below). The support zone near the support level 82.30 was further strengthened by the lower daily Bollinger Band and by the 61.8% Fibonacci correction of the previous primary ABC correction ② from the middle of January.

CAD/JPY is likely to rise further to the next buy target at the resistance level 85.00 (which stopped the previous waves A, (b) and (2), as can be seen below). 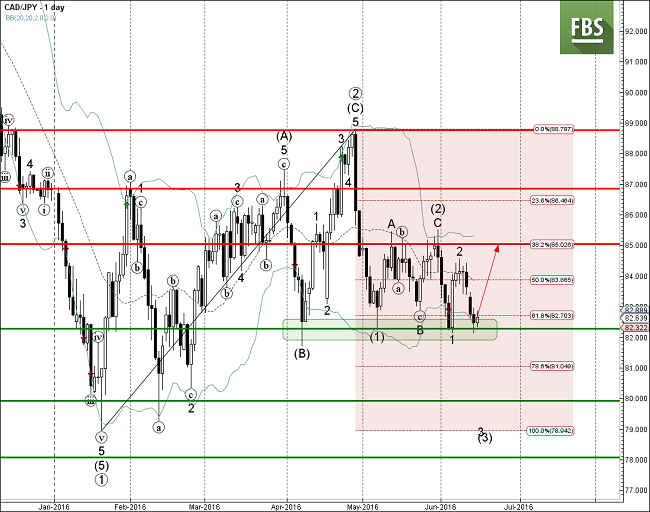