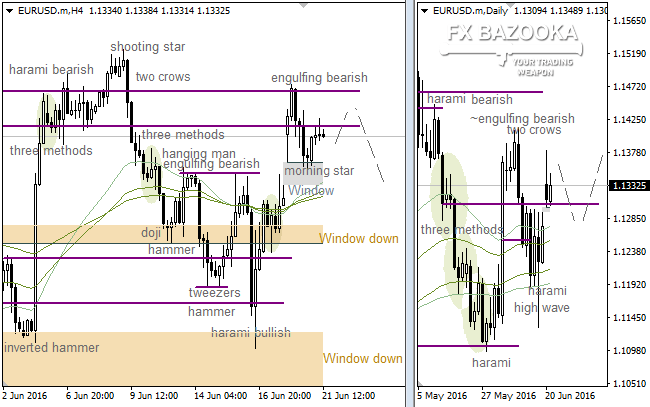 The last “Window” is still open, but on its upper side we’ve got a “Morning Star”. On the other hand, there’re a couple of “Doji”, but they haven’t confirmed yet. If so, the yesterday’s “Window” is likely going to be tested again. As we can see on the Daily chart, here’s an unconfirmed “Shooting Star”, so the market is likely going to achieve the 21 Moving Average in the short term.  If any reversal patterns arrived on this line, bulls will probably try to move on. 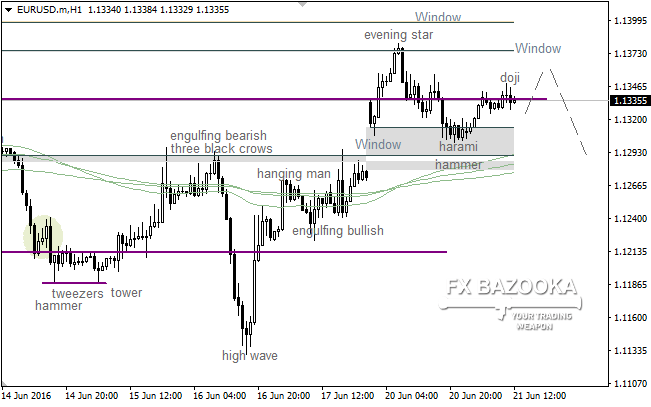 We’ve got a “Harami” at the local low, which has been confirmed enough. The last “Doji” haven’t got a confirmation, but it’s likely to see another bearish patterns in the short term. If so, the last “Window” will be the main intraday target.