NZD/CAD has been rising in the last few trading sessions inside the active minor impulse wave 3 – which previously broke through the pivotal resistance level 0.9030 (which stopped the B-wave of the previous intermediate ABC correction (B) in March, as can be seen below). The breakout of the resistance level 0.9030 accelerated the active impulse wave 3 (which belongs to the intermediate (C)-wave from the end of April).

NZD/CAD is likely to rise further to the next buy target at the resistance level 0.9200 – the breakout of which can lead to further gains toward 0.9300 (forecast price for the termination of the active impulse wave 3). 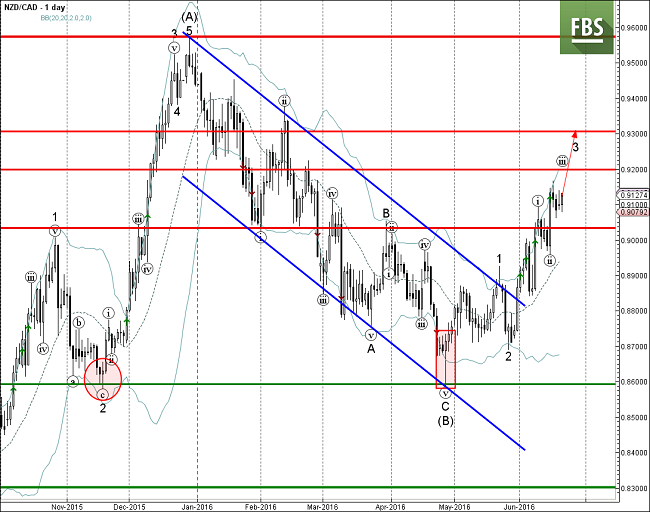