USD/JPY before US Manufacturing PMI: Looking for a break lower?

Today at 14:00 GMT will be released the US ISM Manufacturing PMI and projections are pointing to a possible rise from 51.3 to 51.5. However, there are still fears across the board because of the US slowdown, but manufacturing activity could see some improvement before the end of the semester. It should be noted that a possibility to decline below the 50 line isn't discarded yet. By the way, the stats from recent months are showing bullish patterns.

The USD/JPY structure at H1 chart is showing a huge correction from the Brexit's lows towards the 200 SMA, which is very close to the 61.8% Fibonacci level (103.81). A breakout above it, in case that the Manufacturing PMI is well-above the forecasts, then it could rally to the 104.81 level. Another scenario is calling for a possible breakout of bullish trend line, which should be the confirmation for a possible testing of 100.00 key psychological level. 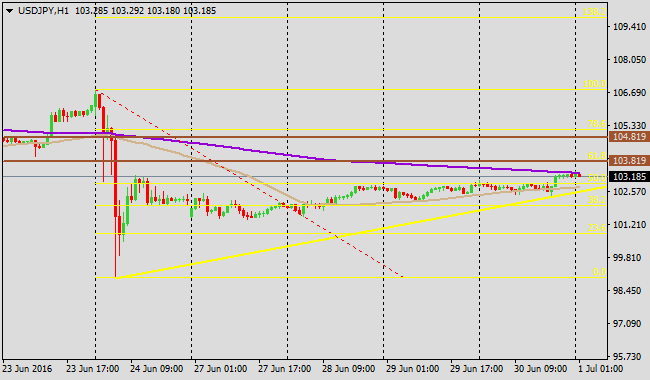