GBP/USD: new low is coming soon because of the "Double Top" 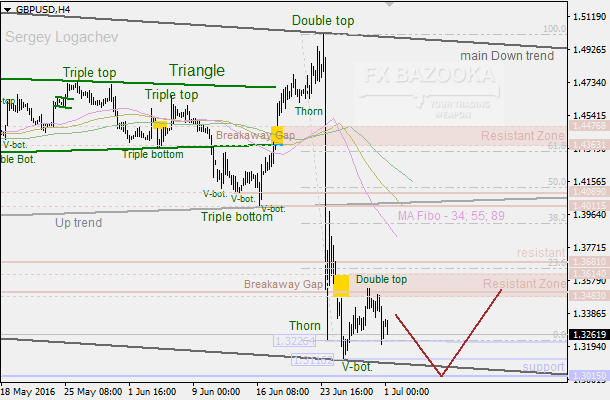 We’ve got a “Double Top”, which has been confirmed, so the price started declining. The pair got a support at 1.3226, but it’s likely to see the market even lower. So, we should keep an eye on the next support at 1.3116 – 1.3015 as a possible intraday target. Nevertheless, an upward correction becomes possible later on. 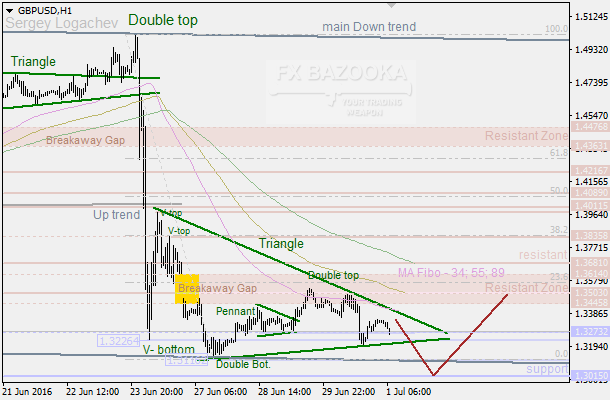 As we can see on the one-hour chart, there’s a possible “Triangle” pattern. Considering its confirmation, the market is likely going to reach a support at 1.3116 – 1.3015 during the day. However, if a pullback from this area arrives afterwards, there’ll be an opportunity to see a bullish movement in the direction of a resistance at 1.3483 – 1.3503.