EUR/USD recovered during the past week returning above the 200-day MA at 1.11. At the same time, the pair’s recovery does not look confident: there’s still strong resistance in the 1.1150 - 1.12 area (former support and now resistance line).

Brexit is surely negative for the euro area’s economy. The relative stability of the euro so far may be explained by the fact that the market hasn’t fully understood the consequences of the British referendum for other European economies. However, as the situation develops, traders will expect more monetary support from the European Central Bank and this, in turn, should hurt the euro. There’s already speculation that the ECB was considering loosening the rules to conduct additional stimulus.

Next week there will be some news from the euro region, but not those of great importance – Sentix investor confidence on Monday, retail sales on Tuesday, German factory orders on Wednesday, German industrial production on Thursday and the nation’s trade balance on Friday. The ECB will release accounts of its latest meeting on Thursday. 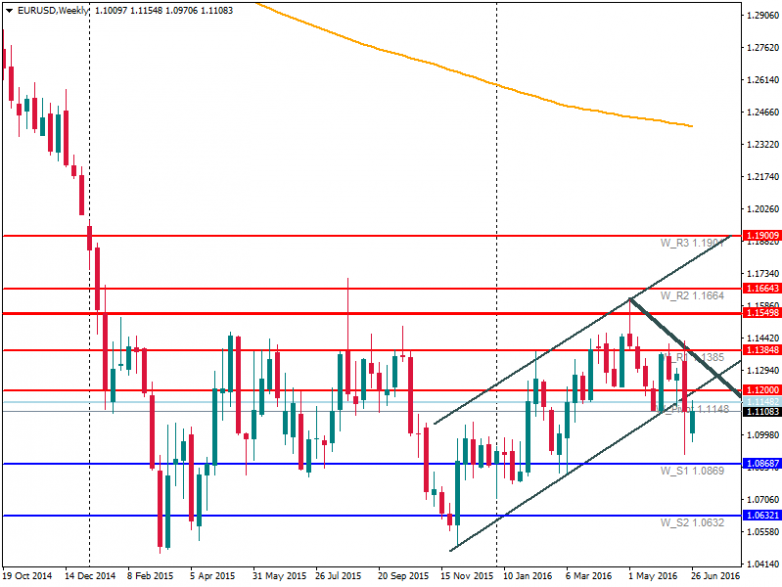