British pound consolidated versus the US dollar after a big selloff in the previous week. GBP/USD failed to settle above 1.3500 and didn’t close the gap. The problem is that political and economic future of Britain remains very uncertain. The ruling conservative party will be choosing new leadership during the coming 2 months, while the European Union urged the UK to present a quick and clear plan of its exit.

Traders see now that Brexit won’t happen immediately, but there is little doubt that it is going to happen. The consequences for British economy will be negative, as the EU is the nation’s main trading partner. S&P has already slashed the UK top credit rating. The Bank of England is doing its best to avoid disruptions in British financial system by providing liquidity to commercial banks. In addition, the BOE Governor Mark Carney said more stimulus would probably be needed over the summer, so analysts now expect the central bank to cut the benchmark interest rate or announce QE in August after assessing the situation in July.

To sum up, the fundamental outlook is negative for the pound, and attempts to buy British currency look risky. Next week the UK will release construction PMI on Monday, services PMI on Tuesday and manufacturing production on Thursday. Even if data are good, the upside potential for British currency will be limited. We will also hear more from Carney on Tuesday. 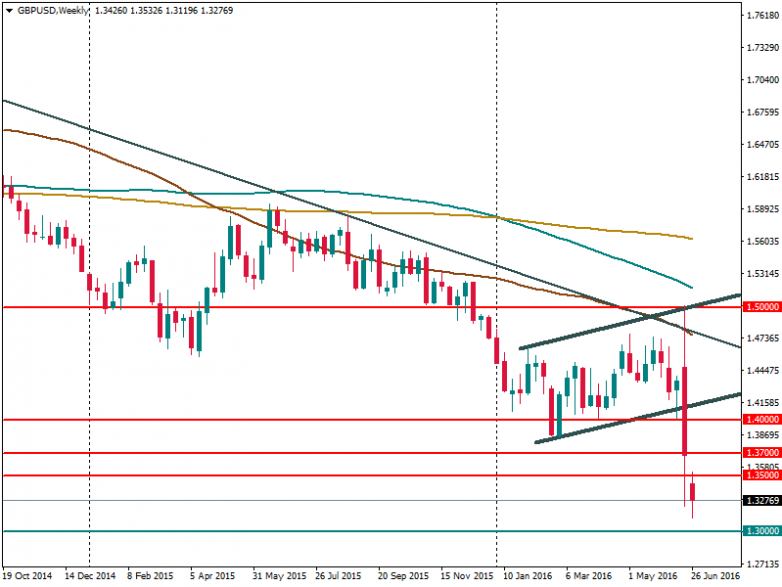