GBP/USD ahead Construction PMI: Will we see a bearish continuation?

Today at 08:30 GMT will be published the Construction PMI in the UK and another negative reading for June is expected; a pattern that has been repeated for several months already. For this occasion, according to analysts, the indicator could fall from 51.2 to 50.6, which could add pressure on GBP pairs that can not yet manage to make a strong correction after the strong decline recorded after “Brexit” Referendum.

Technical view for GBP/USD at H1 chart is showing a strong demand zone formed around the 1.3150 level (highlighted with a yellow box), and we've been seeing rebounds above it. However, the resistance level of 1.3510 hampers the corrective move, which could be extended towards the 200 SMA on this timeframe. If Construction PMI's reading is below than expected, then it could retest the 1.3150 price territory. 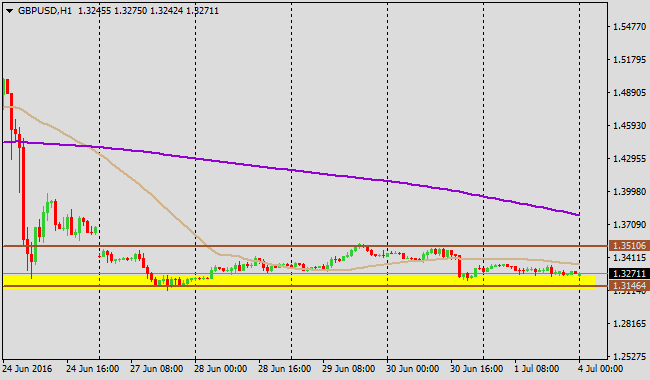