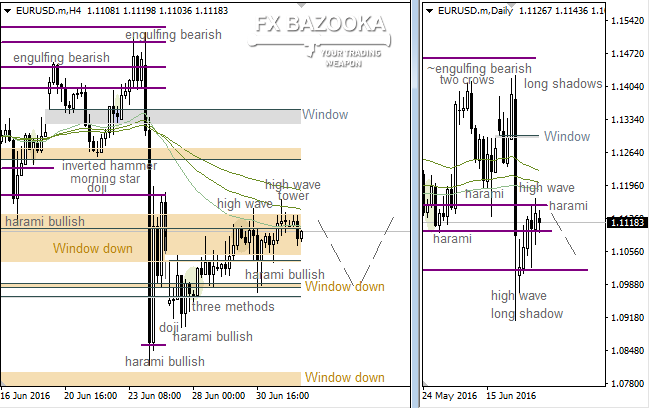 We’ve got a “Tower” and a “High Wave” on the 34 Moving Average, but both patterns haven’t been confirmed yet. Also, there’s a strong resistance by the upper “Window”. As we can see on the Daily chart, here’s a “Harami”, but without a confirmation. If a confirmation arrives later on, a downward movement becomes possible. 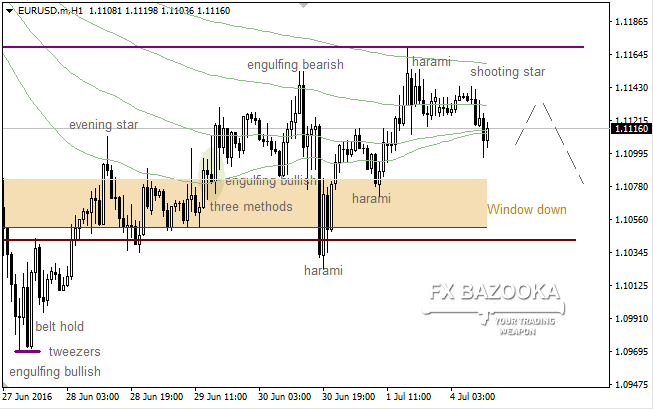 The price tested the 144 Moving Average, which brought a “Harami” pattern. Also, there’s a “Shooting Star” at the local low. So, the price is likely going to test the 89 Moving Average once again, which could reverse a price movement the direction of the lower “Window”.