Today is expected to be a very volatile day for AUD pairs, at least during the Asian session, as the RBA will decide about the benchmark rate's change at 04:30 GMT, after the national election that took place last week. However, analysts don't see that the RBA will change the benchmark rate, which is currently at 1.75%, because of the latest political development in the country. After the cash rate decision, the Central Bank will publish a rate statement.

AUD/USD technical picture at H4 chart is showing us some key levels to trade during this fundamental event for AUD pairs. Next resistance lies at the 0.7609 level, where a breakout to the upside should happen in a case of hawkish's statement by RBA and a top for it would be the 0.7691 level. In the “dovish scenario”, Aussie will extend the decline at least to test the 0.7324 on a short-term basis, where the 200 SMA is placed. 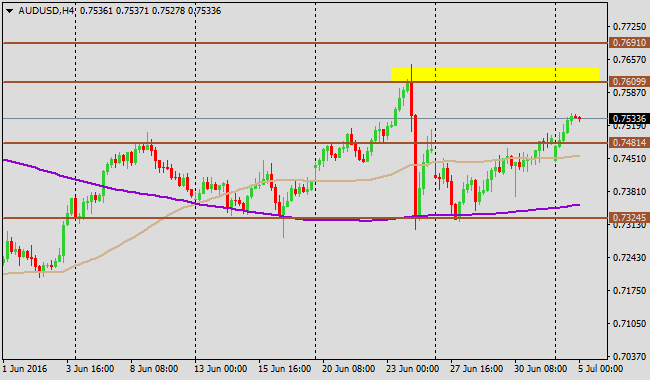