EUR/USD: inside the cloud area

During yesterday's session Eurodollar has remained inside the Ichimoku cloud on the four-hour timeframe. The bulls still can’t breakout through the resistance of 1.1170. Therefore, the prices made a pullback to the lines of Tenkan-Sen and Kijun-Sen, formed a support-level near the 11th figure. And later the bulls, supported by the golden cross, tried to restore the prices to upper boundary of Ichimoku cloud. However  the market  returned to Tenkan-sen at this morning. It’s indicating the weakness of bulls. 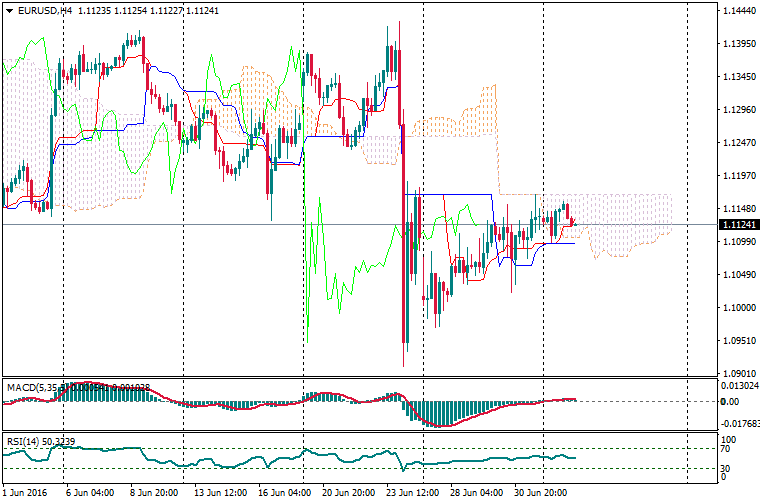