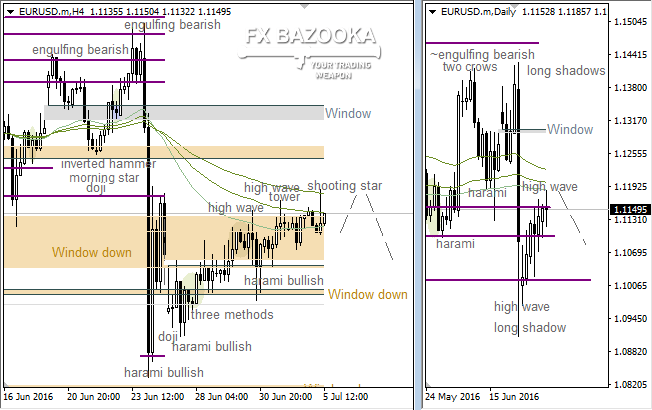 The price has achieved the 55 Moving Average, so we’ve got a “Shooting Star” here, but this pattern hasn’t been confirmed yet. At the same time, the upper side of the current window is acting as a resistance. So, the 55 Moving Average is likely going to be tested once again. If a pullback from it happens afterwards, a bearish price movement becomes possible. As we can see on the Daily chart, there’s a possible bearish pattern on the 89 Moving Average, so if it confirms, bears will likely try to move on. 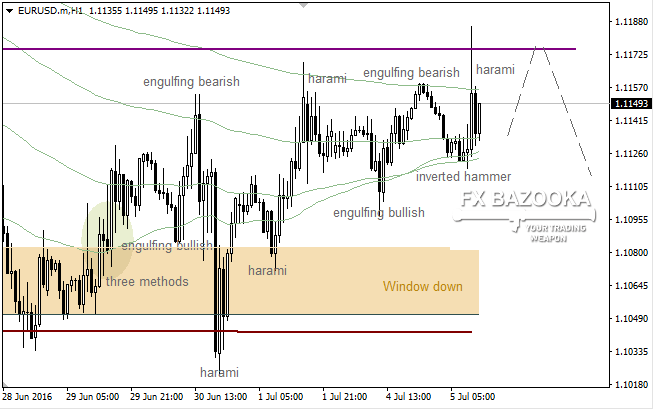 We’ve got a pullback from the nearest resistance line, which led to form a “Harami” pattern, but it hasn’t been confirmed yet. If it has later on, there’ll be an opportunity to see another downward movement in the direction of the last low.