USD/JPY: bears in the game again 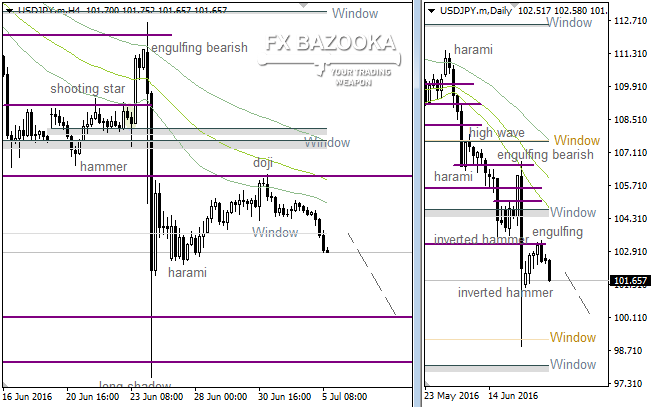 The price has been falling down since a “Doji” arrived at the last high. So, bears is likely going to move on in the short term. As we can see on the Daily chart, there’s an “Engulfing” at the local high, which has been confirmed enough. Considering there isn’t any reversal pattern so far, the current decline is going to be continued. 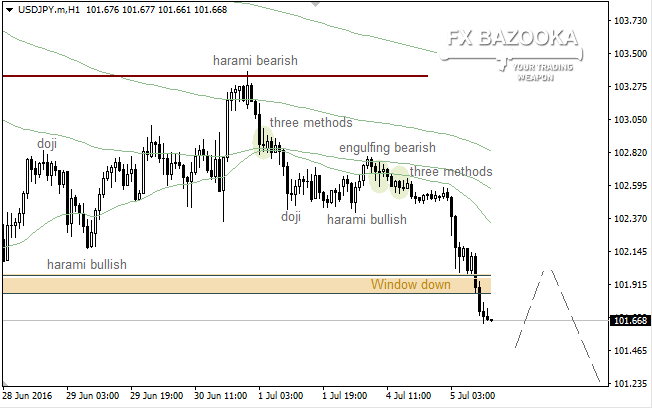 We’ve got a “Three Methods” pattern right after an “Engulfing” at the last high. Moreover, the nearest “Window” has been broken, so bears are absolutely free to go on and deliver new lows one by one.