GBP/USD: new lows is coming soon because of the broken "Pennant" 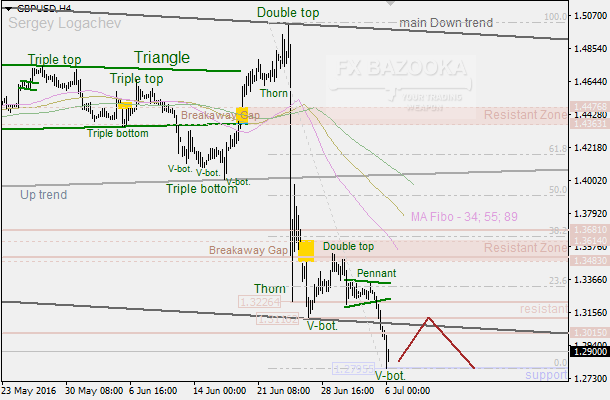 Bears have broken the last “Pennant”, so the price reached a support at 1.2795 afterwards, which led to the local upward correction. Therefore, the market is likely going to achieve a resistance at 1.3015 -1.3116 in the short term. If a pullback from here happens later on, there’ll be an opportunity to have a decline in the direction of a support at 1.2795. 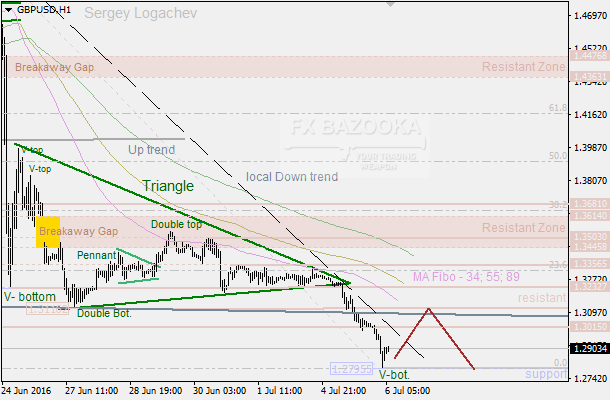 The price has broken the “Triangle”, so bears reached a support at 1.2795 afterwards. Also, we’ve got a “V-Bottom”, so the market is likely going to rise towards a resistance at 1.3015 – 1.3116. Considering a possible pullback from this area, a downward movement will probably be move on shortly.