EUR/USD: "Engulfing" led to a massive decline and bears ready to move on 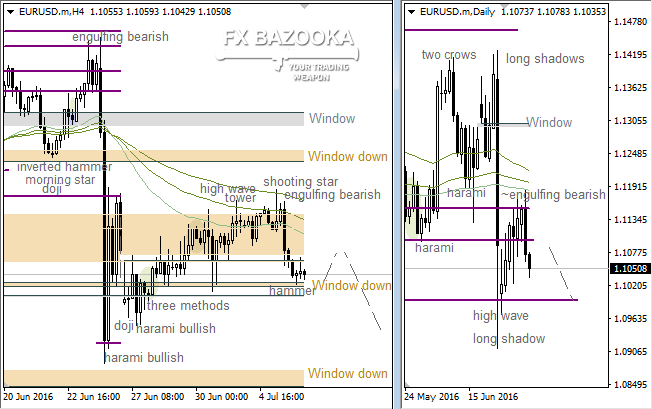 There’re a “Shooting Star” and an “Engulfing” at the local high. Also, we’ve got a “Hammer”, but it hasn’t been confirmed yet. So, the market is likely going to test the lower side of the nearest huge “Window”, which can act as a resistance. As we can see on the Daily chart, here’s a pattern similar to an “Engulfing”. The last candles are bearish, so the current downward movement is probably going to move on. 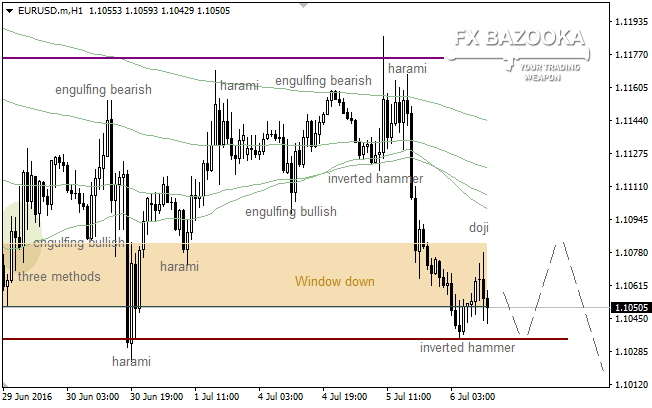 We’ve got an “Inverted Hammer” at the nearest support line, which led to the current upward correction. At the same time, here’s a “Doji” at the local maximum, so the price is likely going to test the support once again. If a pullback from this line happens later on, bulls will probably try to reach the upper side of the “Window”.