Haruhiko Kuroda, the BOJ’s Governor told that the country’s major bank is ready to get down to expanding its monetary stimulus further if required to reach its 2% inflation objective, but it he didn’t mention the Brexit vote, which has already spread turmoil in the financial markets.

Kuroda actually maintained the major bank’s optimistic view on the national economy, thus spreading his confidence over the country’s prospects.

The Japanese economy is expected to expand modestly. That’s what Kuroda told his speech delivered at a quarterly gathering of the major bank’s regional branch managers on Thursday.

Haruhiko Kuroda added that the BOJ would scrutinize risks to the national economy as well as prices, and take extra easing measures if required.

Speculation is circling in the financial markets that the Bank of Japan is going to ease its monetary policy at its rate review in July because poor consumption, a strengthening yen as well as external headwinds weigh on the Japanese economy, pushing inflation further away from its objective. 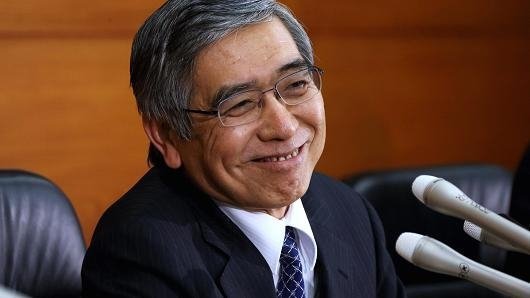