CHF/JPY will, most likely, fall to the next sell target at the support level 102.20 - the breakout of which opens the way for further losses toward the next major round support level 100.00. 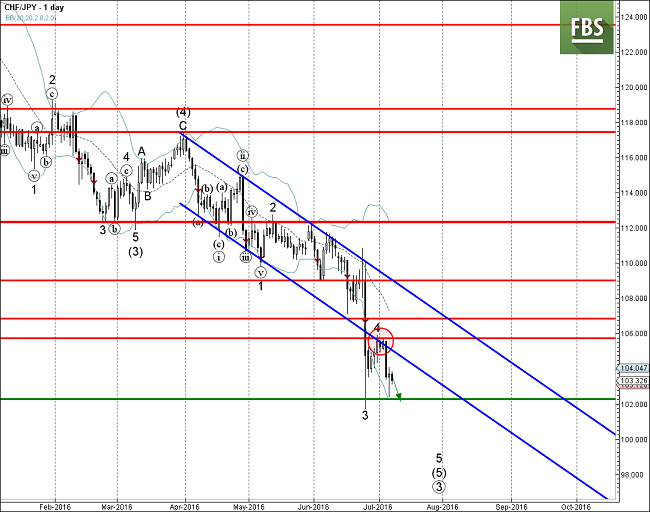