Forex Optimum won in the nomination “Revelation of the Year” at the IAFT Awards 2017 (IAFT – International Association of Forex Traders Awards).

The winner in the nomination was selected based on the vote of over 200,000 IAFT traders and Awards website's visitors. Having received the majority of votes, Forex Optimum was awarded in the nomination “Revelation of the Year”. Other nominees in the category were such brokers as AMarkets, Gerchik&Co, FINAM, TurboForex, with the total of 17 companies.

The annual IAFT Awards have been held by the International Association of Forex Traders since 2012. Over the past years, the IAFT Awards has been recognized by financial market participants as a prestigious industry event. The Awards enable you to objectively evaluate the activities performed by dealing centres and brokers and get the right guidance in choosing a broker. 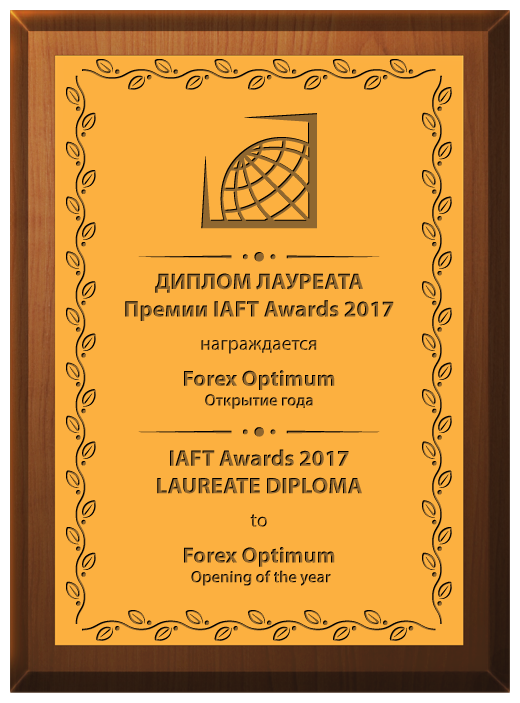