The euro has found some support today on the back of mostly stronger-than-expected Eurozone data. Although the single currency bloc remained in deflation for the third time last month, the 0.3% year-over-year drop in the consumer price index (CPI) was a sharp improvement from the 0.6% reading in January and beat expectations of a 0.5% decline. On top of this, the unemployment rate unexpectedly fell to 11.2% in January from a downwardly revised 11.3% the month before. Today’s other Eurozone data were mostly positive too, with the exception of Spain’s manufacturing PMI which unexpectedly fell to 54.2 from 54.7 previously. Meanwhile from the UK we had some mixed-bag data, which helped to support the EUR/GBP cross. Although the manufacturing PMI rose to a 7-month high with a reading of 54.1 for February, all of today’s other UK data have disappointed expectations. For example, net lending to individuals increased by only £2.4 billion in January versus £2.7bn expected, while the Nationwide House Price Index unexpectedly fell 0.1%, which is admittedly only the second (and very small) drop in 22 months. The more-important services PMI will come out on Wednesday.

Although we are still fundamentally bearish on the euro, the single currency may hover around the current levels or even extend its gains until the European Central Bank meeting is out of the way on Thursday. As the ECB will begin QE in this month, this particular meeting will probably offer few surprises, which makes it more likely that the euro may actually find some short-term support. Ultimately, however, the growing monetary policy divergence between the Eurozone and the other major economies, such as Britain the US, means the euro will probably fall further in the medium to long terms.

Meanwhile from a technical point of view, the EUR/GBP has now reached one of our main long-term targets at 0.7255, which we had expected a few weeks ago HERE. As can be seen on the updated monthly chart, below, this level was previously resistance and also corresponds with the 61.8% Fibonacci retracement of the upswing from the low after the euro was formed. Thus some profit-taking around this area should not come as a surprise. In fact, the cross has already bounced off the lows today and so a short-covering rally may already be underway.

Though it is difficult to say how long the EUR/GBP’s short-covering bounce may last, there is little resistance seen until at least 0.7300. Thereafter the next logical resistance is around 0.7345 where the support-turned-resistance level meets the upper trend of the bearish channel on the daily chart.  Further resistance is seen around 0.7405 which was also a broken support level in the past. Meanwhile it is worth watching the momentum indicator MACD which has now formed a positive divergence with price. This suggests that the bearish momentum is weakening.

But if and when the 0.7255 support level is eventually taken out then the EUR/GBP may resume its journey down south. The next major support is the psychological 0.7000 handle. Ahead of that is the 261.8% Fibonacci extension level of a recent corrective move, at just above 0.7100. 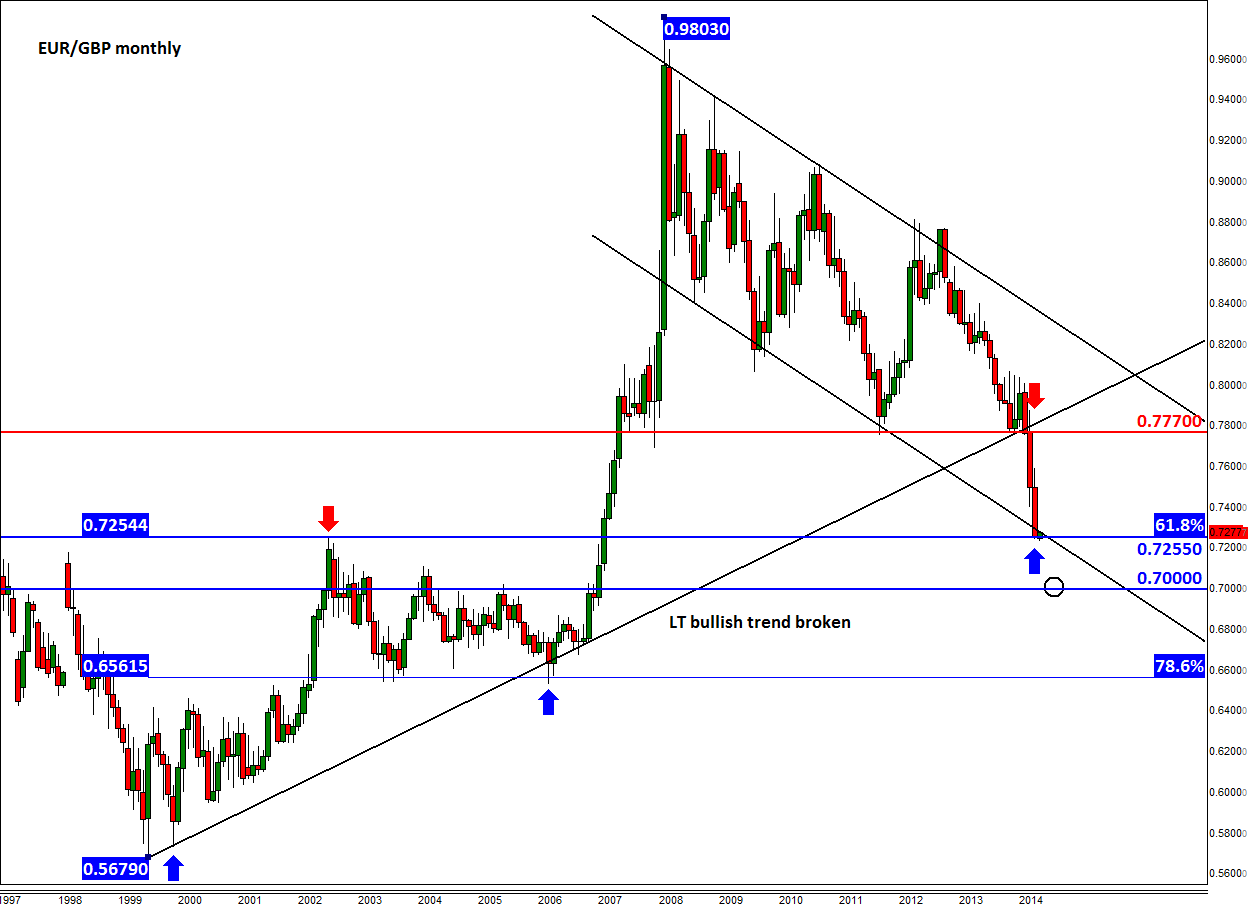 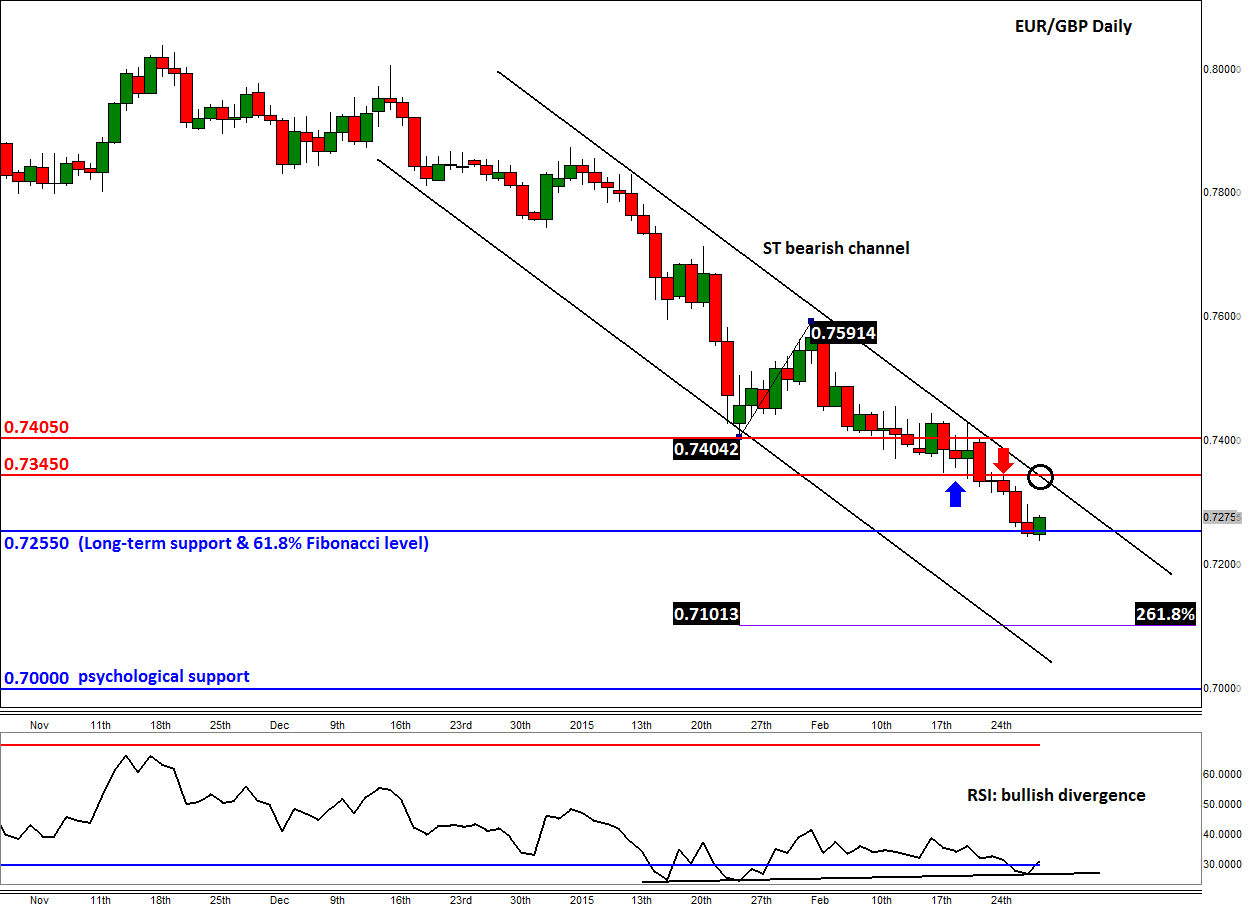