Precious metals are trading lower as I go to press. Despite China becoming the latest central bank to cut interest rates again over the weekend, gold and silver have not found much demand as alternative currencies. In fact, the Aussie dollar has also fallen while the stock markets have failed to move noticeably higher on the back of the PBOC’s move. This suggests that investors may have interpreted the PBOC’s move as a signal that the health of the Chinese economy may be a lot worse than we are led to believe, even though the latest PMI numbers suggest otherwise. A weaker Chinese economy means industrial demand for precious metals, especially for silver, would be correspondingly weak. Meanwhile contrary to some expectations, the Indian government chose not to cut the import duty on precious metals when it presented its budget over the weekend. This means Indian demand for gold and silver in their physical form would remain somewhat weaker than would otherwise have been the case. The news must have disappointed some bullish speculators, some of whom may have now abounded their positions on gold and silver as a result.  The buck-denominated precious metals have been weighed down further by a stronger dollar today, which has rallied despite the release of some weaker-than-expected US data.

From a technical point of view, silver is trading inside what looks like a falling wedge, a pattern which sometimes signals a reversal in the trend. As can be seen on the chart, the resistance trend line has a sharper slope than the support trend. The flatter slope of the support trend suggests the sellers have had difficulty pushing the price of silver down further each time the metal came under pressure. Therefore, the selling pressure could be losing steam. This view is also confirmed by the RSI’s recent peak above its own downward-sloping trend and its inability to break below the key 40 level. If the selling pressure continues to wane, as it apparently has in recent trade, then silver could eventually take out the resistance trend line before staging a rally. As things stand, this potentially bullish scenario may be confirmed upon a closing break above the $16.70/80 area which is where the 50-day moving average meets resistance and the bear trend of the falling wedge pattern.

However, silver may have to fall back first before potentially rallying – especially now that it has touched the bearish trend line. The support trend of the wedge pattern comes in somewhere around $15.95/16.00. Incidentally, this is also where the 61.8% Fibonacci retracement level of the last upswing comes into play, making it a key technical support level.  Therefore this could be where the bulls may win – or lose – the battle for control. Although the wedge pattern may point to a rally, it is important to take other technical factors into consideration as well. For a start, the main moving averages are in the ‘wrong’ order; thus the long-term trend is bearish. What’s more, the last major rally ended at the relatively-shallow 38.2% Fibonacci level of the downswing from August 2013 high. This confirmed that the overall control is indeed with the sellers. Therefore, silver could end up actually falling a lot further. The shape of the candlestick patterns is also looking bearish. Although today’s trading is far from over, silver is currently displaying an inverted hammer on its daily chart – the second such pattern in the space of just three trading days.  Gold, meanwhile, has failed to crack resistance at $1220, although it is still holding its own above the bullish trend. 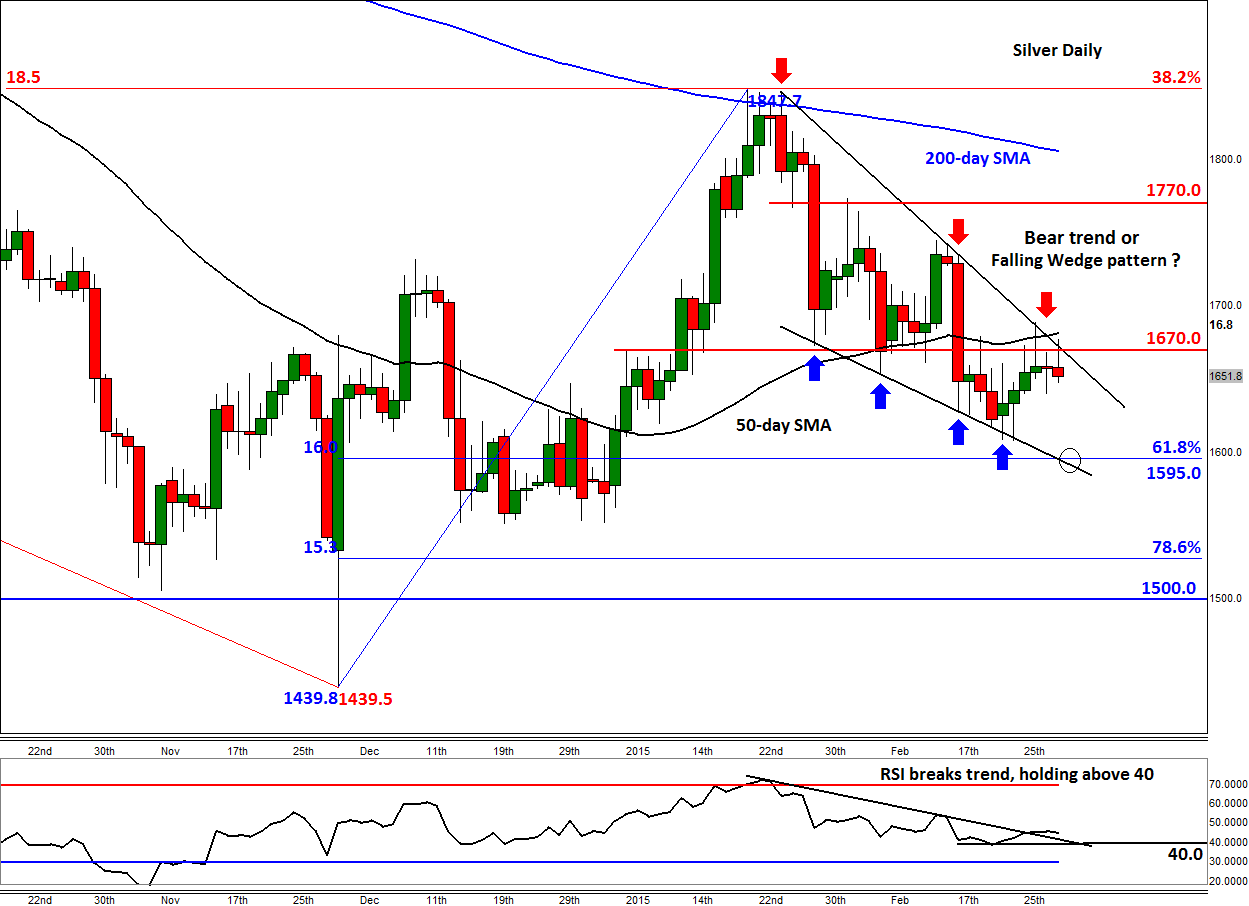 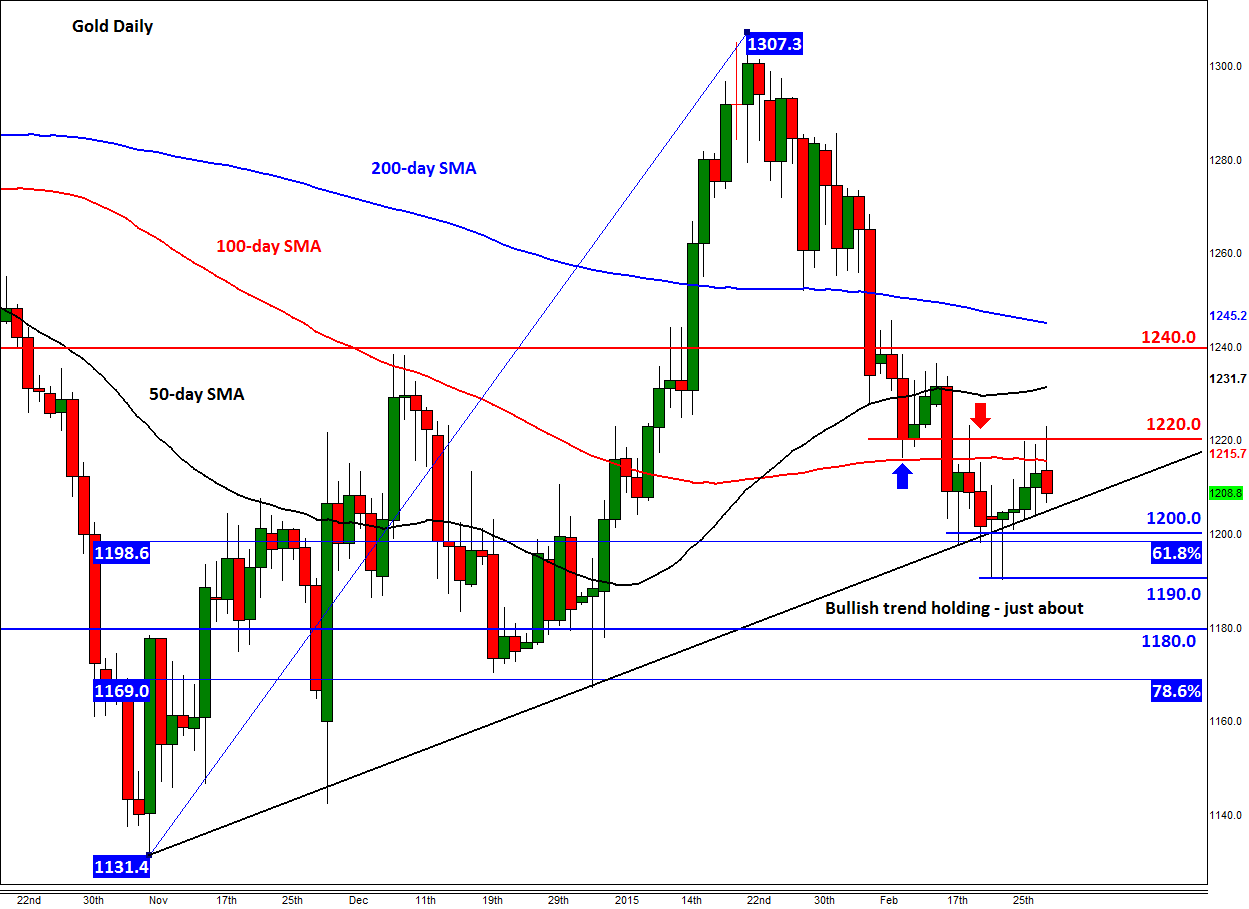