All eyes back on the aussie!

The Australian dollar was given a leg-up yesterday by the RBA’s decision to remain on hold when the majority of market participants were expecting the bank to loosen monetary policy. The resulting rally in AUDUSD pushed it into a new trading range above 0.7800, with a current ceiling around 0.7450. However, this may change with the release of key Australian and Chinese economic data today, as well as a speech from Yellen.

Later today we are expecting Australia’s growth figures for last quarter. The market is looking for a 0.6% q/q growth rate, which is better than the prior quarter’s very disappointing 0.3% jump – it was an important factor in our decision to lower our rates forecast for Australia. We think the risk for todays’ figures (released at 0030GMT) is tilted to the downside once again. Private non-farm inventories fell a worrying 0.8% q/q in Q4, which is a drastic change from Q3’s 1.2% increase. Without this backing, GDP figures for Q4 may underwhelm the market expectations and see AUDUSD test the base of its new trading range. 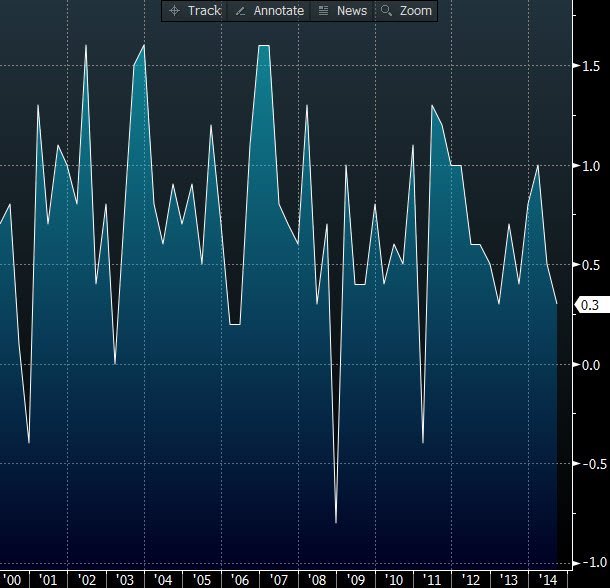 Shortly after we are expecting to hear from Fed Chair Yellen and then glimpse HSBC’s services PMI data for February. Yellen is expected to talk about bank regulation so we aren’t expecting it to have a huge impact on USD, although it’s definitely worth keeping an eye on what the Fed chief has to say. At 0145GMT we are turn our focus to China and HSBC’s Services PMI (prior 51.8) – this index does carry the same weight as its Manufacturing brother, but further weakness in the services sector would only add the market’s concerns about China’s economy.