Ahead of the US monthly jobs report, gold is hovering just above the $1190 handle and threatening to break further lower. The precious metal is now down for a fifth consecutive session and is thus set to close lower for the week.  Or will it? This will depend almost entirely on the outcome of the NFP report. As my colleagues in the US pointed out in their NFP preview, the major labour market indicators have shown a mixed picture last month. The employment component of the services sector PMI, for example, surged nearly five points last month to 56.4 from 51.6 the previous month, while that of the manufacturing PMI edged lower to 51.4 from 54.1 in January. The ADP employment report meanwhile showed a gain of 212,000 in non-farm private sector payrolls, which was more or less in line with the expectations. Taking all of these indicators into consideration, I personally don’t expect the NFP to show any major surprises. Indeed, consensus is centred around the 240,000 mark, which, if correct, would only be 17,000 below January’s total of 257,000. It would also however be below the three month average of 336,000 and the 12-month average of 267,000. Nevertheless, anything above 200,000 should keep the Fed on track for a mid-2015 rate hike. Indeed, the Fed’s John Williams has said that “by mid-year it will be the time to have a serious discussion about starting to raise rates”. He has pointed out that the lags in the transmission mechanism of monetary policy argue for raising rates sooner rather than later.

It is not all about the dollar

So, for gold to move noticeably higher we would require the Us jobs report to disappoint expectation badly which would push rate hike expectations further out. But the dollar actually conceals the underlying strength in gold, for the metal has actually put on a decent performance against the euro lately (see the chart in figure 2). With the ECB about to embark on a potentially open-ended QE from Monday, the single currency could lose further ground. This would boost the appeal of gold as an attractive alternative to fiat currency. In the long-term, once inflation returns, demand for gold as a hedge against rising prices should increase too. Meanwhile demand for jewellery purchase in countries such as India and China is only set to grow. So, although gold may appear doomed in the short-term, our long-term view is still pretty much bullish on the shiny metal.

Whereas gold in euro terms is holding above all of its main moving averages, against the dollar, it is a completely different story. Therefore any pause in the dollar rally could see a corresponding bounce in gold prices. The opposite is obviously also true. At the time of this writing, gold was approaching the lows from last week around $1190. This is where a potential bullish trend comes into play too, making it an important support level. Thus, there is a possibility for a double bottom or false breakout reversal patterns to emerge here. If however it breaks decisively below $1190 then the next stop could be the long-term support around $1180 or further lower at $1170 which is where a couple of Fibonacci levels converge (78.6% of AB and 161.8% of CD). The key resistance levels to watch are at $1200, $1210 and $1220 – levels that were previously support and/or resistance. A potential closing break above $1220 would put an end to the bearish trend. 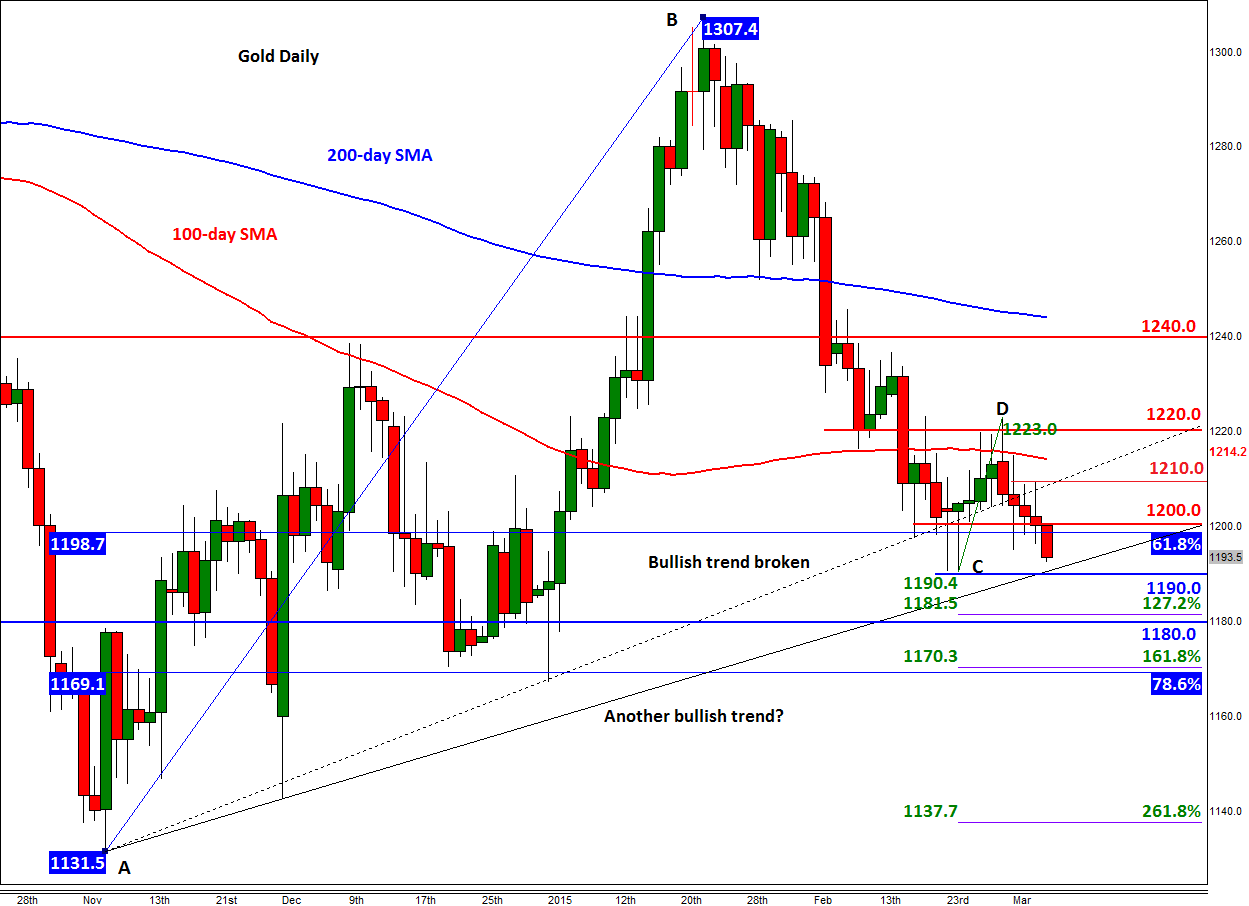 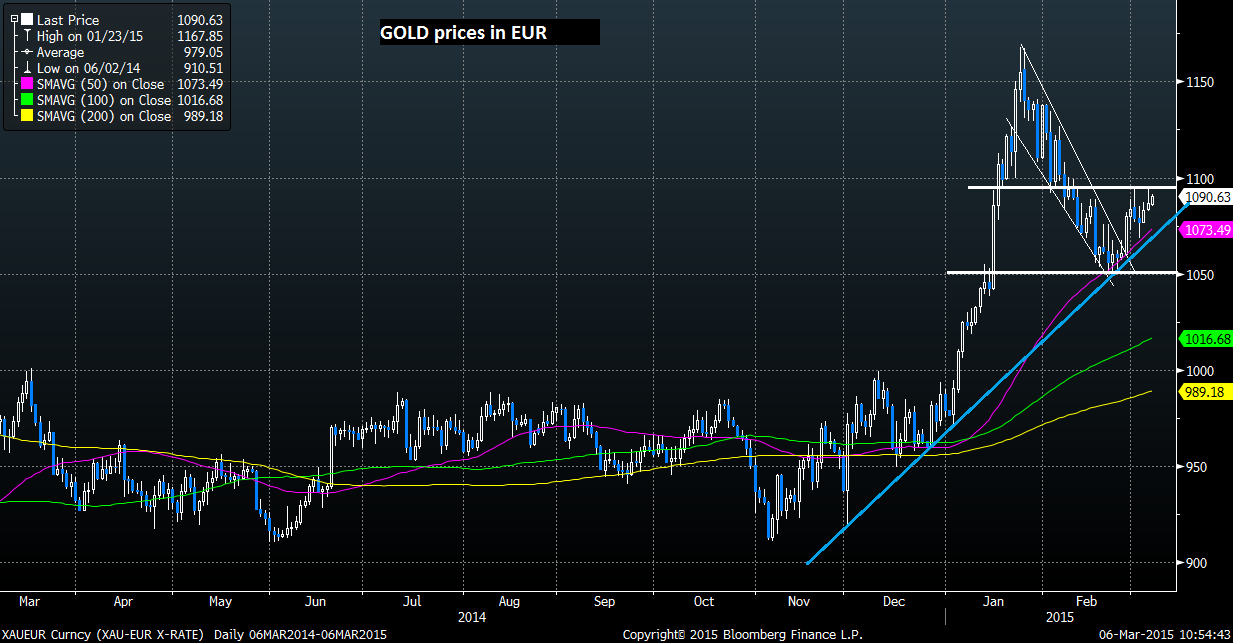