Tensions are getting tighter around North America as we await the Federal Reserve’s monetary policy decision tomorrow and markets are beginning to tighten up because of it.  While the general consensus is that the Fed will drop the “patient” verbiage from their statement, what they replace it with is the big debate.  If they insinuate that rate increases could come as soon as June, the USD is likely to rise and stocks fall; however, if they use another term that essentially says the same thing as patient, then stocks are likely to rise and the USD fall.  At this point, it’s anyone’s guess, so it may be more prudent to look for alternatives to the potential USD volatility surrounding the Fed’s leanings.

One currency pair that is setting up for an interesting move is the EUR/CHF.  Many traders may have a vitriolic hatred for this pair due to the Swiss National Bank’s shenanigans and likely won’t be able to finish this sentence due to their computer monitor having no power after being flung across the room, but for those who are still with me; the euro has started off the week pretty strong here.  It has been so strong, in fact, that it has rallied all the way up to a pre-existing three week old downward trend line that could suppress any further advance.

While the euro has made a valiant effort to get back a little respect so far this week, it is still one of the most shorted currencies in the universe due to the European Central Bank’s Quantitative Easing program; and any opportunity to sell it should be viewed with at least some validity.  If this trend line can hold, we could potentially see another move lower before the SNB makes another monetary policy decision on Thursday where it is speculated they could cut rates further. 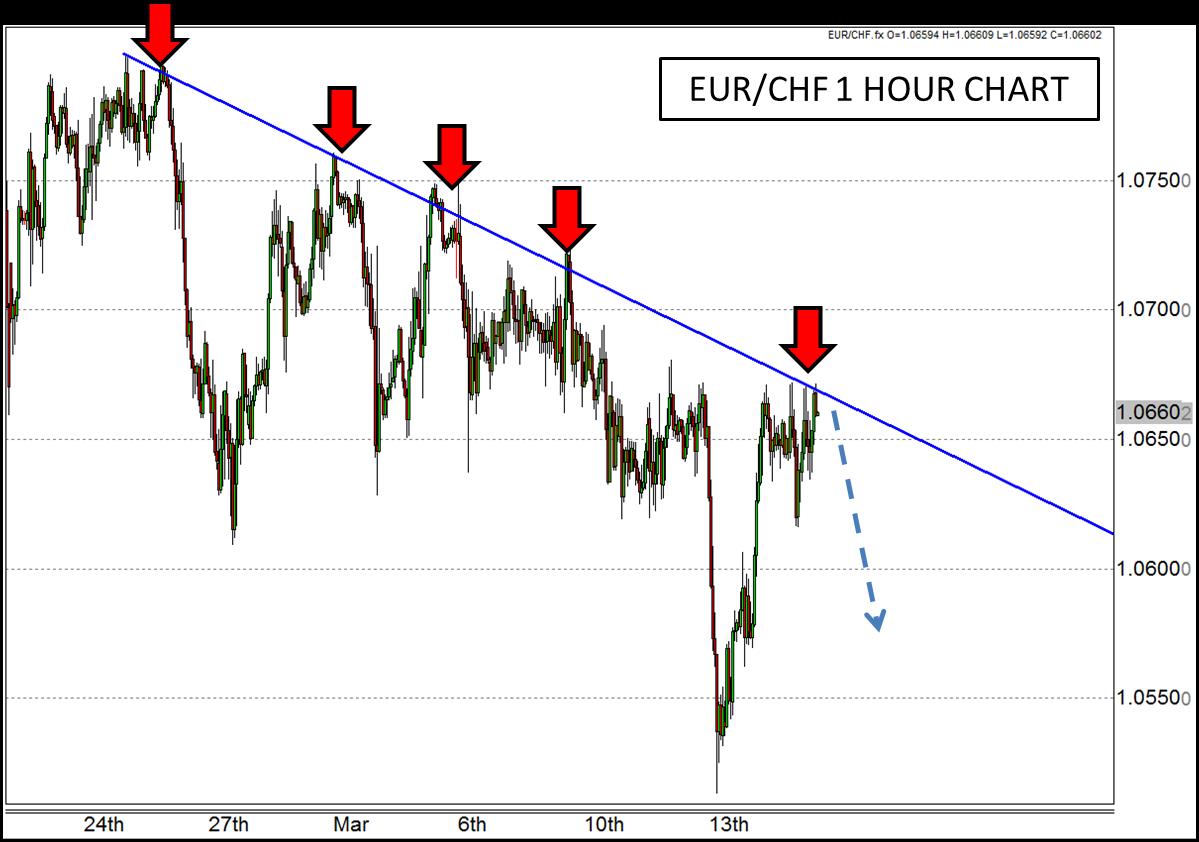