Gold: Rallying in to Resistance

As anticipated, markets are going absolutely bonkers after the Federal Reserve made their intentions known to the world this afternoon.  In terms of the statement, they pretty much did what was expected of them; they dropped the word “patient” and signaled that future policy would be data dependent.  The biggest market moving catalyst for the market though was the dot chart that indicates where committee members feel interest rates will be in the future.  Today’s chart showed that members have become a little less optimistic about the pace of interest rate rises which would seem to portent that the Fed will remain accommodative for quite some time longer.

On the back of this assessment of the future, pretty much every market that doesn’t measure the strength of the US dollar surged higher.  Stocks, Oil, the EUR, GBP, AUD, NZD, JPY, CHF, CAD, Silver, and Gold are all up significantly from where they started the day.  The EUR/USD in particular is squeezing the living daylights out of anyone who dared to be short the popular currency pair ahead of the Fed as it rallied over 400 pips during the course of the day (including a whopping 200 pips in one three minute span).  However, Gold is where I find a very intriguing opportunity as we settle down for the rest of the week.

While the euro has been a little overzealous, Gold isn’t falling all over itself to get higher.  The reason may lie in the fact that the Fed being patient while removing patient from their verbiage was actually the consensus expectation heading in to this meeting.  Prior to this week the USD had been gaining, Gold and Oil had been falling, and stocks were surging all while a majority was anticipating the Fed to NOT signal a rate hike in the next couple meetings.  Therefore some of these extreme moves may be bordering on too extreme and could reverse violently.  On a longer time frame, Gold is rallying right up to a declining trend line that was initiated in late January and could provide the necessary resistance to usher in a reversal of fortune. 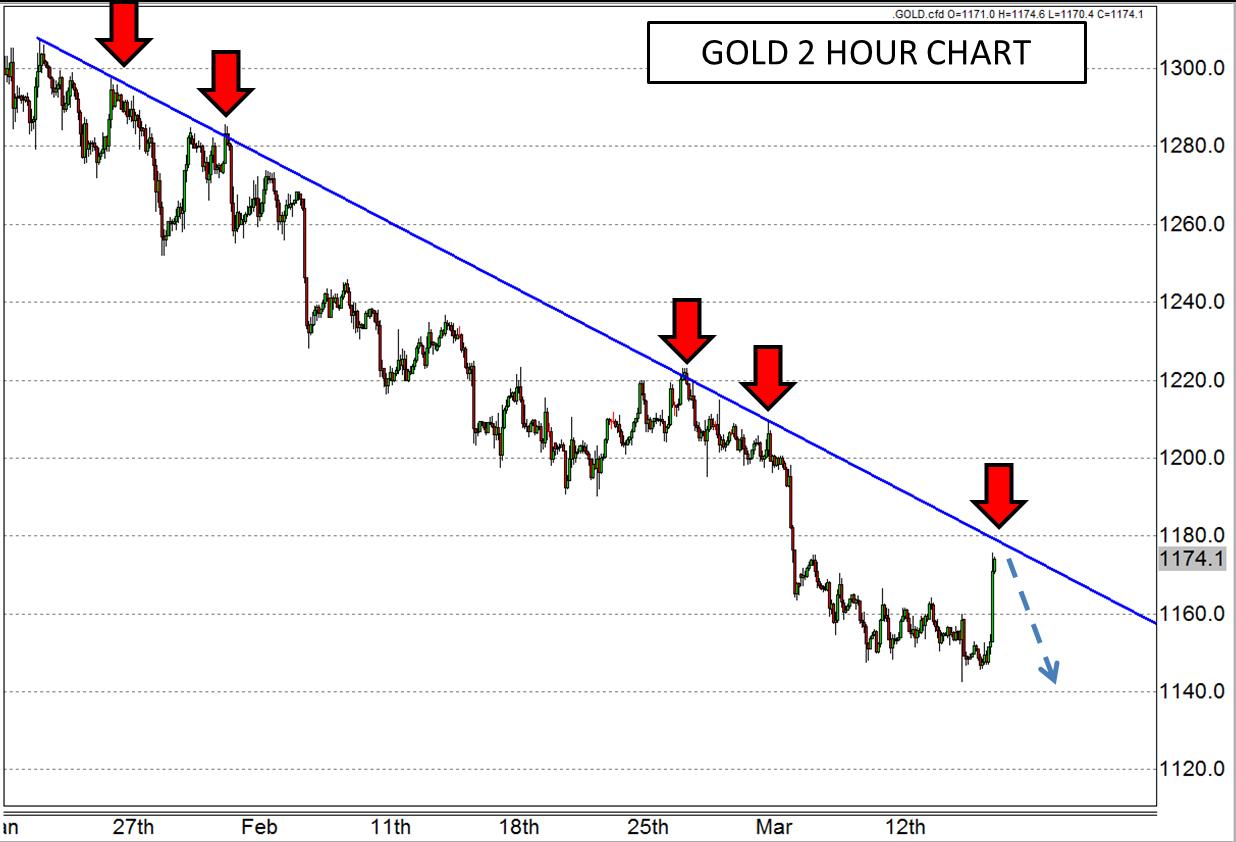