The EUR/USD will be among the FX pairs to watch this this evening when the FOMC delivers its much-anticipated policy statement. This is expected to convey a dovish message following the release of mostly weaker US data in Q1. But if the Fed discounts the soft patch in data as temporary then it may inadvertently send out a less dovish signal to the market than expected. As a dovish statement may have already been priced in, the risk is that the dollar may actually find some much-needed support if the Fed merely confirms the weakening of the data. It will probably need to say something more than that for speculators to markedly increase their bearish bets on the greenback. So while it is possible that the dollar may extend its losses on the back of the FOMC statement tonight, the probability of a bounce back is equally high too. Meanwhile the advance version of the US first quarter GDP estimate, due at 13:30 BST, may also have a big impact on the dollar today. The world’s largest economy is expected to have grown by an annualised rate of just 1% in the first quarter following 2.2% rate in Q4. It is possible that the dollar could turn very volatile even before the FOMC statement, should the actual GDP number deviate from the expected figure by a noticeable margin.

From a technical point of view, the daily chart of the EUR/USD is looking more constructive now after the buyers were able to push prices above the downward-sloping trend line and the 50-day moving average around the 1.0880 area earlier this week. As a result, the key 1.1030/50 resistance area is now exposed for a retest. A potential closing break above this area today would be another bullish outcome, while a failure here could see the re-emergence of the bears. If the bulls manage to win this battle too then their next targets could be 1.1115, a support-turned-resistance level, followed by the Fibonacci extension levels at 1.1200 (127.2%) and 1.1380 (161.8%). The bears’ targets could be the broken resistance levels that are visible on intraday charts. 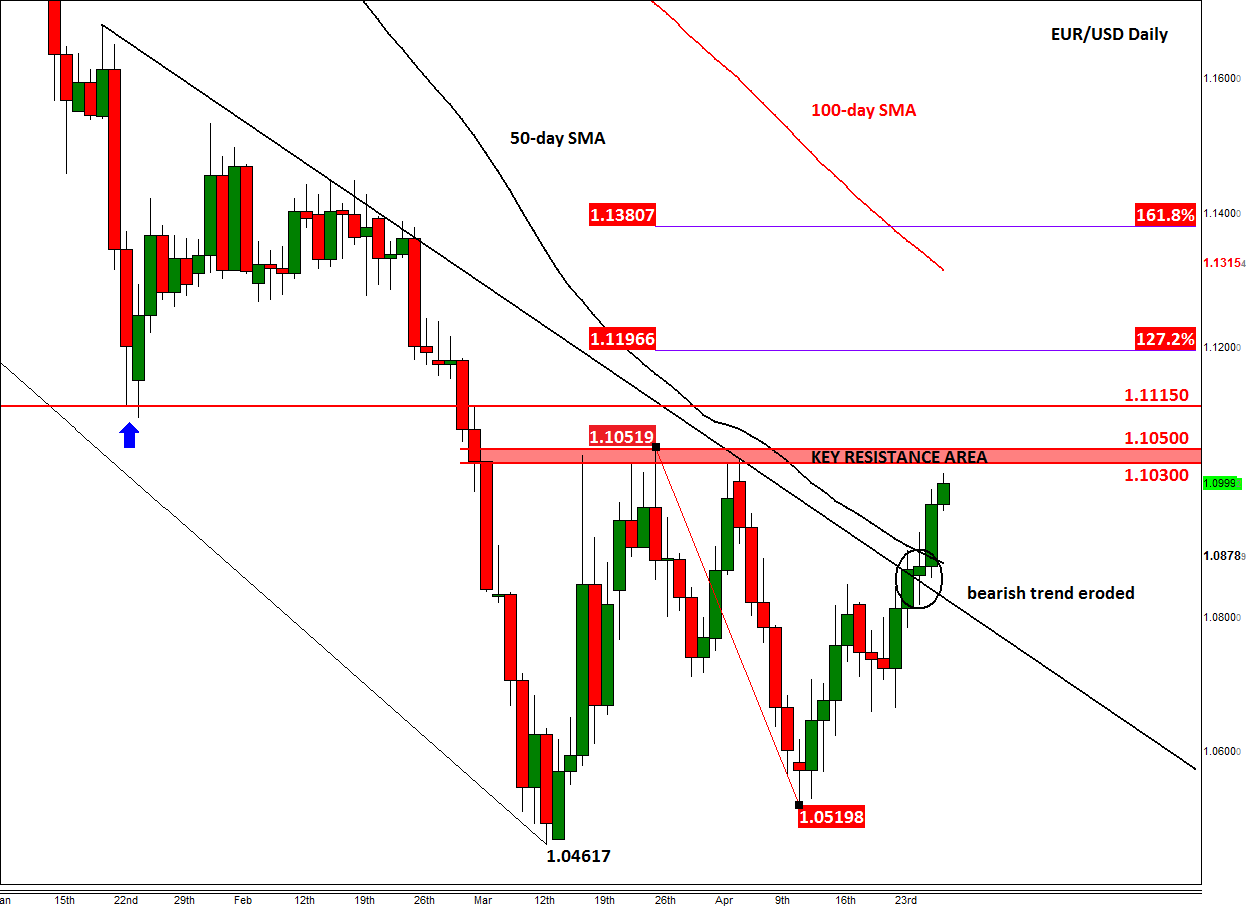