GBPUSD: The British (Elections) are Coming!

It was an odd day in North American trade that saw a variety of trading instruments perform daring feats of acrobatics as they jumped, fell, and sometimes did both before the day was through.  US equity markets were some of the most egregious offenders as the Dow was down over 200 points in late trade only to rally back up to finish down only 195, or around 1%. The S&P 500 didn’t fare much better by falling 1% as well, however, the typically correlated USD/JPY didn’t fall at all; it rose up close to 150 pips and challenged the psychologically daunting 120 level before retreating late.  Other than the USD/JPY, the dollar didn’t fare too well and got kicked around by the other major currencies including the EUR, CHF, and CAD.

One currency that has had a lot of success against the USD lately is the GBP.  While that wasn’t really the case today as the two currencies battled it out on both sides, it’d be surprising to see much more GBP strength from here.  The nearly 950 pip rally that this pair has witnessed since the 12th of April has been surprising to say the least, particularly if you consider the uncertain nature of the UK elections coming up next week.  Uncertainty tends to drive investors away, and the GBP/USD may be ripe for deliverance even though the USD hasn’t been getting many pats on the back lately.

Along with the near millennial rally for the GBP/USD, it has been following a pretty strong and resourceful uptrend.  If this pair was to break through this trend line, it may signal the end of it and a strong retracement may be in order.  If this were to retrace along Fibonacci lines, the 50% retracement near 0.5030 or the 61.8% retracement near 1.4920 look intriguing as they also line up with previous support/resistance points.  Beware though that political uncertainty could move this pair even more than usual and has the potential to erase all of the gains this pair has enjoyed over the past three weeks. 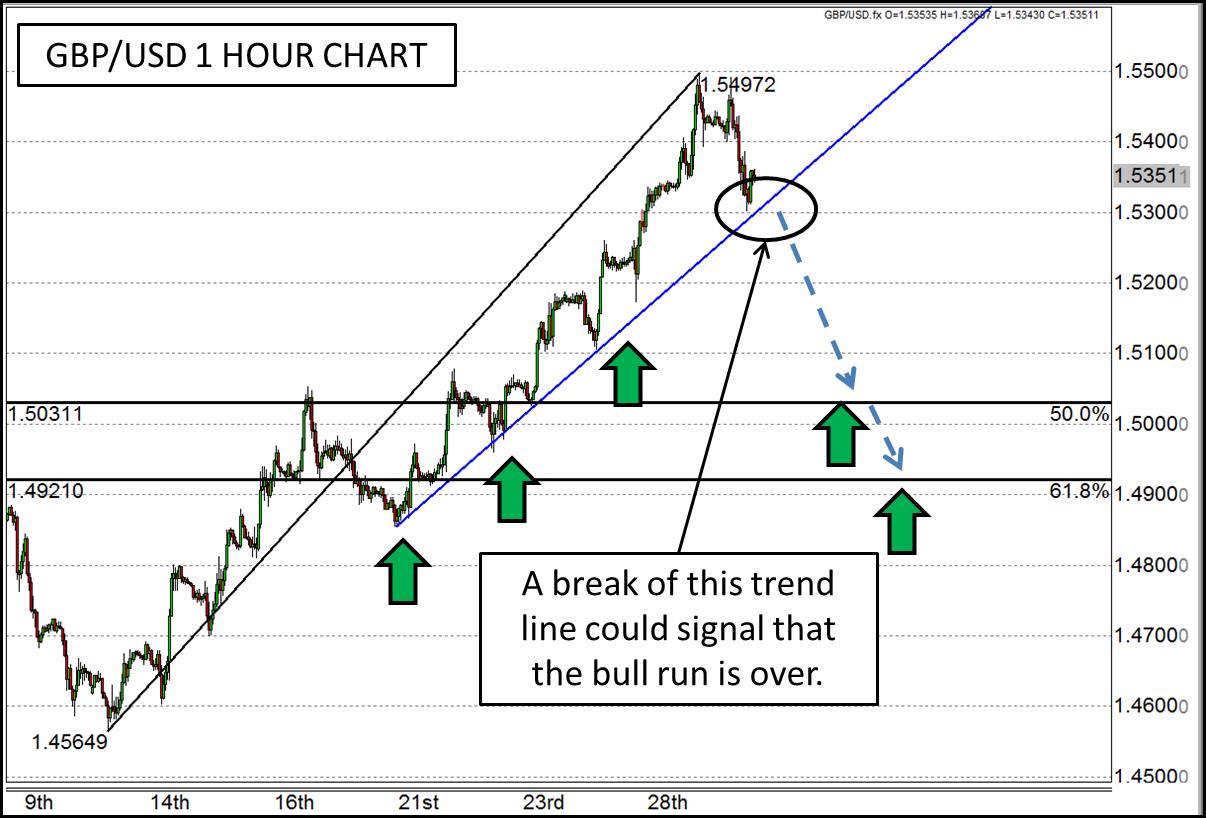