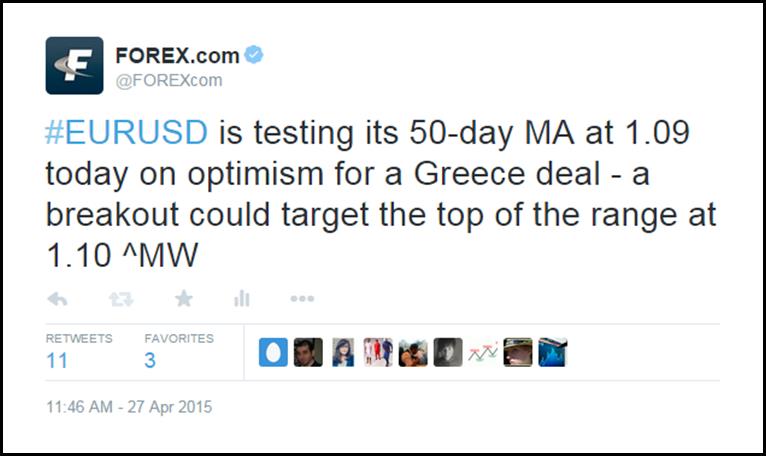 Matt Weller kicks off our countdown with his discussion about the EUR/USD and the rally it started in the beginning of the week.  Little did Matt know, the dual action of USD weakness, and a short squeeze in the EUR pushed this pair all the way up to nearly 1.13 by the time the week was over.  By the end of the week though, the USD was beginning to get back some of what it had lost and may try to continue that in to the new week. 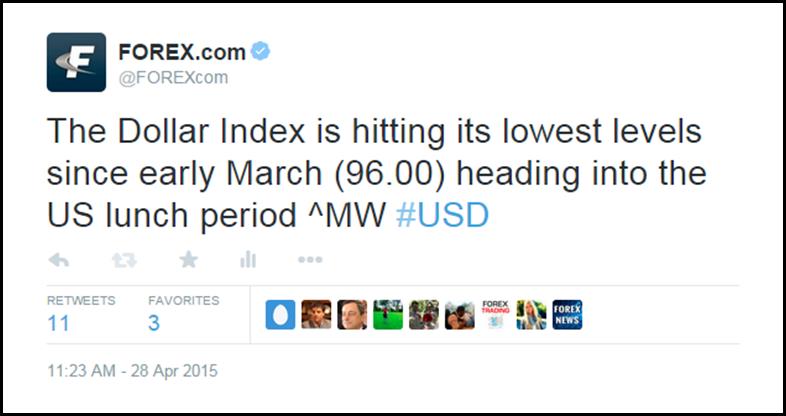 Once again, Matt was highlighting the weakness in the USD that lasted most of the week before bouncing back slightly on Friday.  The Dollar Index actually fell below 94.50 before recovering back above 95.00 and looks to regroup in the new week. 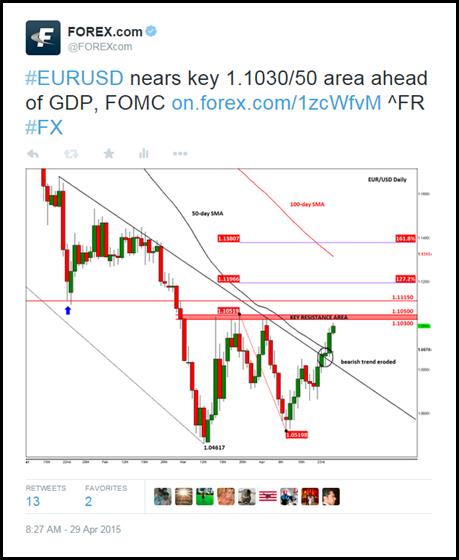 Fawad Razaqzada joins our countdown with his look at the EUR/USD on a technical basis.  The “key resistance area” he outlined in his image was blown through after the dismal GDP release and actually advanced all the way up to the 100 day moving average before all was said and done. 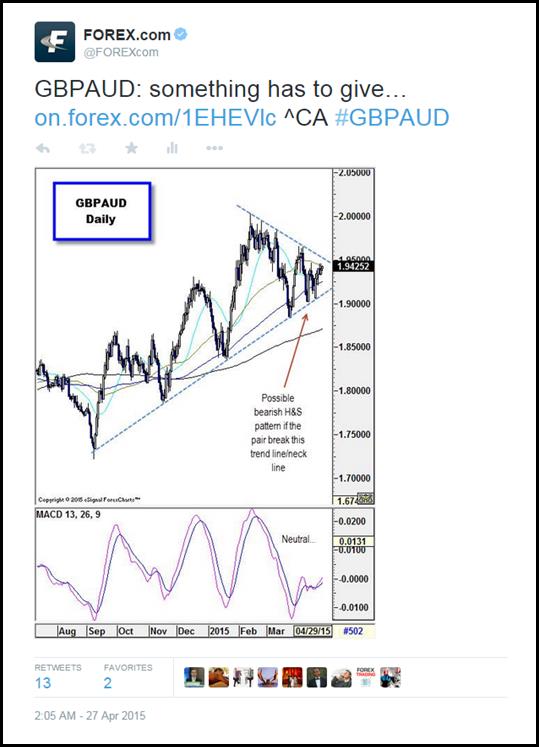 Chris Tedder comes in to share the number four spot with his breakdown of the GBP/AUD in the beginning of the week.  The funny thing about it though was that Chris’ assertion that “something’s gotta give” really didn’t end up giving.  The pair is STILL trapped in the triangle pattern he outlined even though there were significant moves in both currencies throughout the week.  Next week’s UK elections have the potential to break this triangle though, particularly if no clear majority is found. 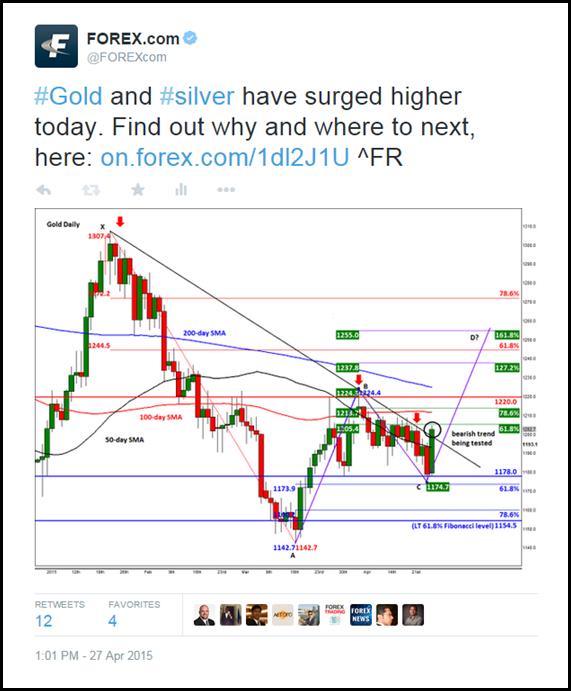 Once again, the beginning of the week provided some solid action in many instruments including the precious commodities as Fawad showed in this tweet, but wow, did that ever get out of hand.  Gold and Silver ended up getting pummeled over the last three trading days of the week, and whatever bullish momentum there was fell easily to the wayside. 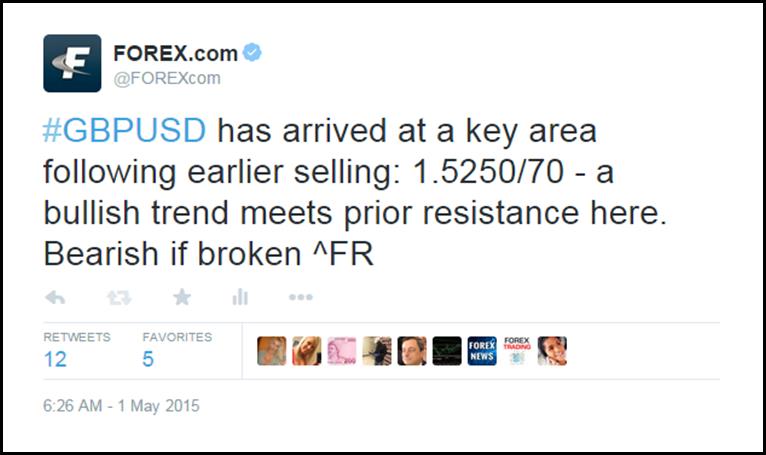 Fawad’s tweet about the decline of the GBP/USD on Friday and subsequent reaching of support was only the half of it as the Pound Sterling went cliff diving on the last day of the week.  The GBP/USD fell almost all the way to 1.51, giving up nearly 400 pips from its zenith in the beginning of the week. 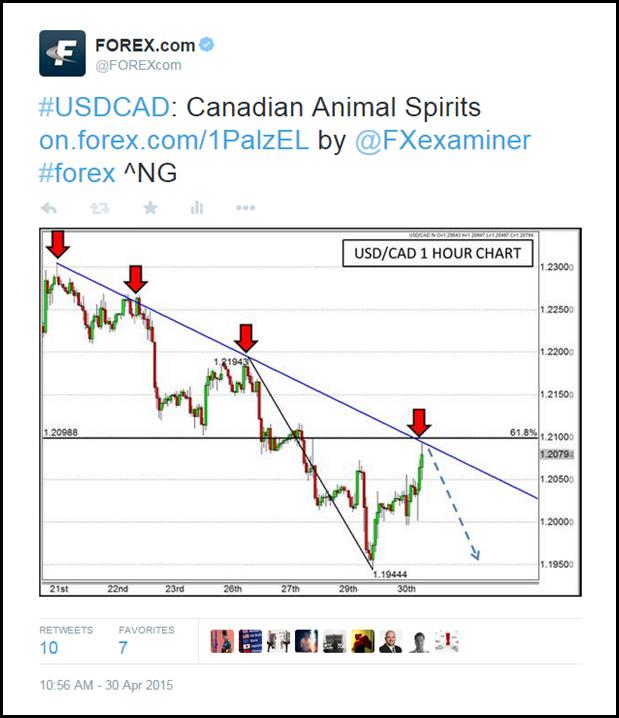 Neal Gilbert finally joins our countdown for this week with his tweet about the USD/CAD and it’s declining trend line.  While this suggestion worked out well in the 24 hours after it was published, finding resistance at the Fibonacci/trend line level and falling back down to 1.2050, Friday’s USD strength turned this pair on its head as it rallied all the way up to 1.22.  Sometimes even animal spirits can’t keep the king dollar down. 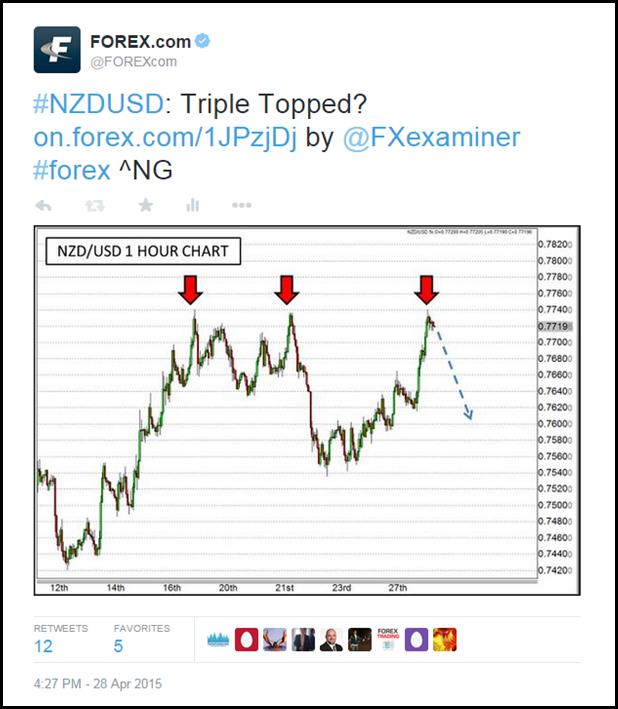 Neal’s assertion that the NZD/USD had reached a Triple Top was a little off as this pair actually formed a Quadruple Top before substantially making its way lower.  The RBNZ’s dovishness and USD strength to end the week sent this pair all the way down to nearly 0.75, but could have more room to run if the USD returns to a place of strength. 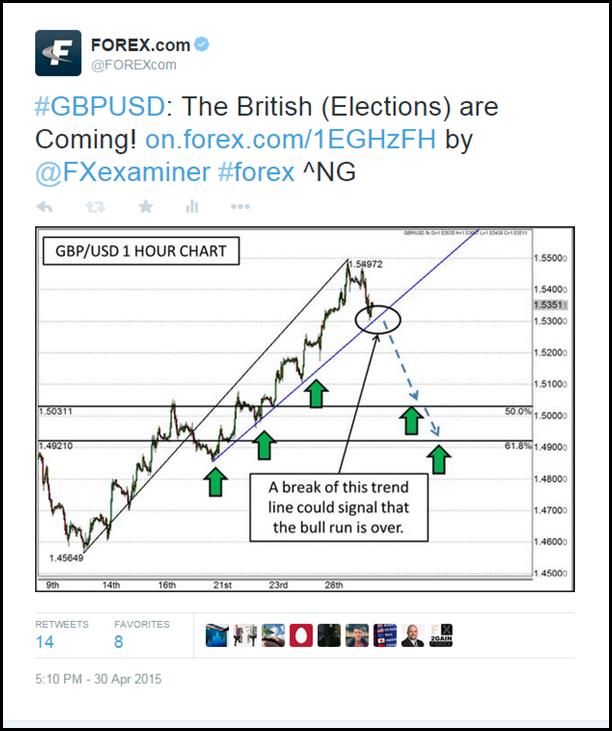 Retaking his mantle atop the twitter countdown, Neal’s Paul Revere-esque tweet about the GBP/USD was our most popular of the week.  While GBP strength this week did seem a little overzealous considering the uncertainty that is sure to come next week, not many foresaw the ferocity with which it turned to the downside.  This will be one very interesting pair to watch as the new week unfolds.