North American markets once again had a rough go around today with the major US-centric equity markets making a third straight run lower.  The USD didn’t fare much better, losing ground against the EUR, GBP, JPY, and CHF, but fared much better against the commodity currencies of AUD, NZD, and CAD.  Part of the reason commodity currencies struggled may have to do with the fact that commodities either fell or went sideways for a majority of the day.  WTI fell off after surging in the early hours, and the precious metals didn’t make any headlines in either direction.  Of course, the commdollars could also be reacting to their own set of circumstances surrounding their employment situations.

As covered yesterday, New Zealand was the first in the line of major economies this week releasing their employment figures, and it didn’t provide a very good set up.  Employment Change, Unemployment Rate, and Labor Cost Index all missed their consensus expectations and kicks open the door to potential rate cuts from the Reserve Bank of New Zealand the next time they make a rate decision.  Tonight, we get the Employment situation from Australia, and if New Zealand is any guide, we better buckle our seat belts.

For the most part, expectations aren’t too entirely high.  The Employment Change is expected to increase around 5k after increasing 37.7k last month, and the Unemployment Rate is expected to increase to 6.2% from 6.1%.  It appears that there aren’t too many experts who are looking for anything grandiose to come from this employment report, but the same could have been said about New Zealand yesterday.  In these types of situations, when we see that pessimism is starting to creep in to consensuses, it has the potential to be much worse than even the dour prognostications.

If Aussie employment weren’t even able to live up to the low bar set, the AUD could be in for a beating.  It may be just what the Reserve Bank of Australia ordered as well since they decided to cut interest rates earlier this week, warning about the high value of the AUD, but the AUD has appreciated despite the RBA’s insistence it go lower.  A miss on employment could be the catalyst to finally see the depreciation the RBA desires, and the ideal currency pair to see it in may be the AUD/CAD.

Since oil has been see some encouraging gains lately, the CAD should be benefitting from that dynamic, but we haven’t yet seen in against the AUD.  As mentioned earlier, the AUD has rallied in spite of the RBA rate cut, and has bumped up against the 78.6% Fibonacci retracement of last week’s high to this week’s low in the AUD/CAD.  If the combined effort of an Aussie employment miss, oil encouraged CAD strength, and technical levels that appear to be providing resistance were to each provide influence, the AUD/CAD may have, at least temporarily, topped out. 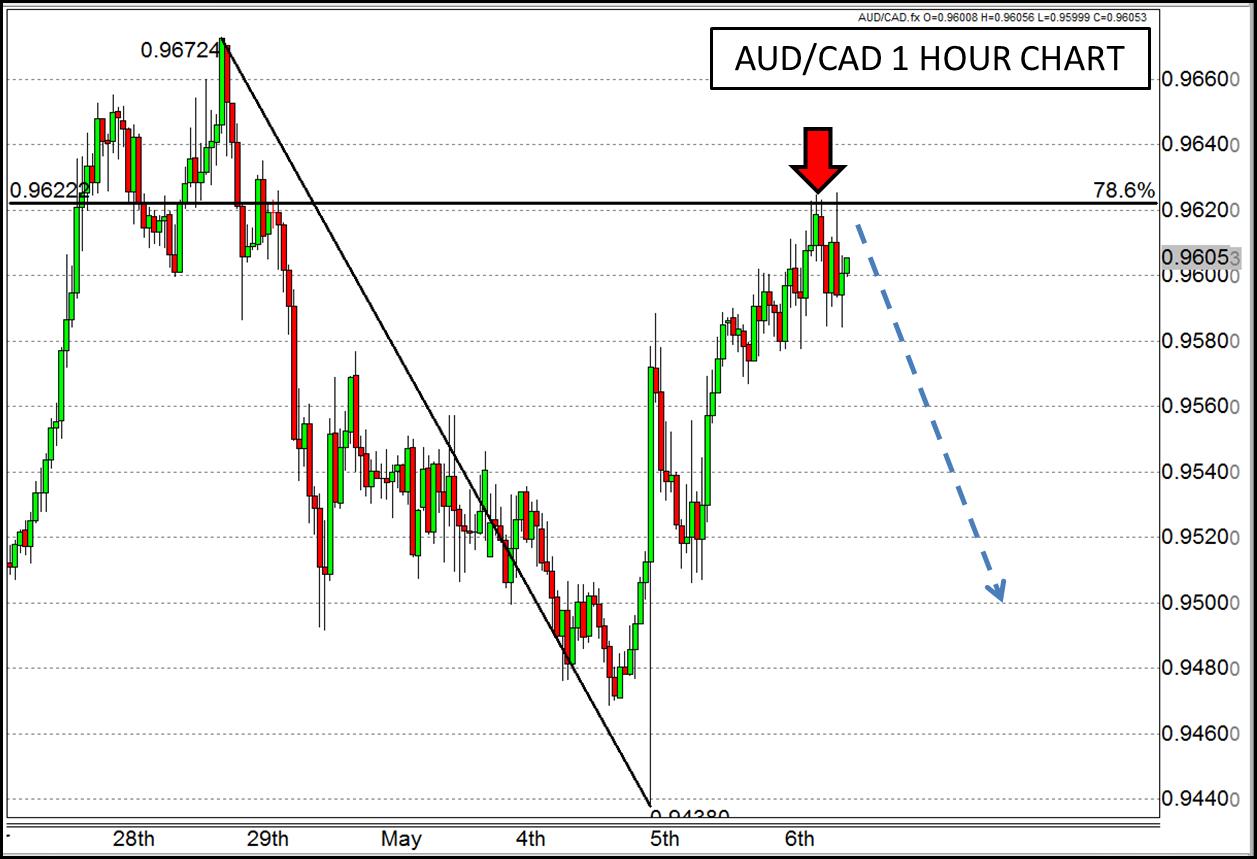