The recent spike higher in global bond yields is partly due to the bounce higher in the oil price in recent weeks and rising expectations that inflation could start to build in the coming months. This unprecedented jump in bond yields, particularly in Germany, caused a bout of risk aversion and a stock market sell-off. But will the recent rise in bond yields be stymied by dovish talk from the world’s major central bankers?

Today’s Quarterly Inflation Report from the Bank of England struck a fairly neutral tone as the UK growth outlook was revised down from 2.9% to 2.6%. Wage growth for this year was also lowered to 2.5% from 3.5%, and CPI is expected to turn negative in the coming months. This reinforced the BOE’s message that rate hikes, when they come, will be slow and steady. This report maintained the BOE’s expectation that the first rate hike will arrive in mid-2016.

Although the BOE was less hawkish than expected, and the growth outlook was decidedly downbeat, UK bond yields are still hovering near a 6-month high at close to 2%. Yields took an initial dip on the back of the Inflation Report, before picking up again this afternoon. So if the BOE is sounding cautious on the outlook for the UK economy, why are bond yields rising?

A few reasons why UK yields seem to be defying the BOE:

One to watch: GBPUSD

The big winner from any potential shift in US interest rate expectations could be GBPUSD. It managed to stay above the 200-day sma even though the market considered Carney and co. at the BOE to err on the dovish side in today’s QIR. This was a bullish development, along with Wednesday’s close above 1.57, and points to potential further gains towards 1.60 in the coming days.

For now, momentum is on the side of the pound and so far this month it is up nearly 4%, the top performer in the G10.  The next key resistance zone lies between 1.5860 – 1.6020 – a cluster of weekly smas. We believe the market could make an attempt at 1.60, however, expect this to be a sticky level as it has psychological, as well as sma, significance. 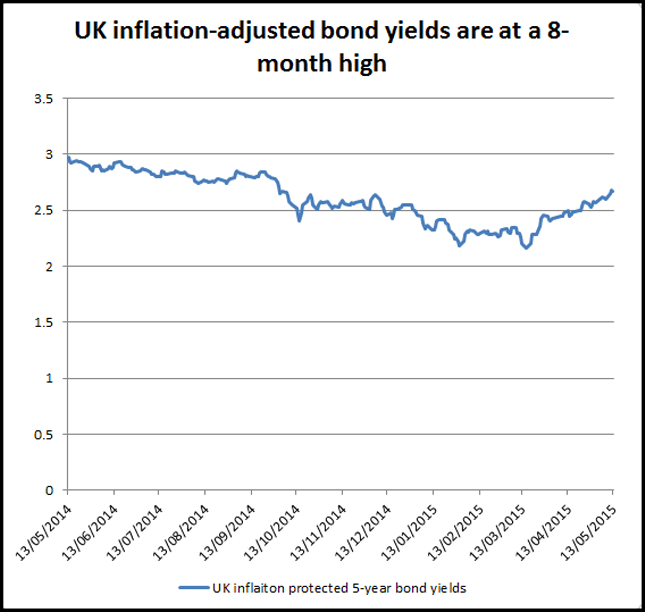 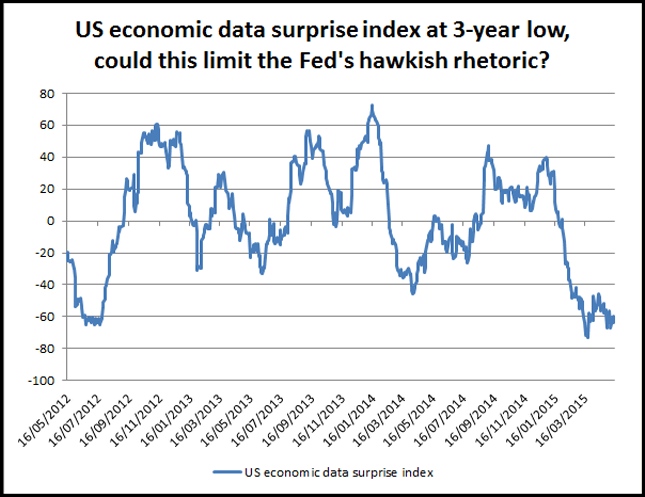