AUDUSD: Could the RBA Break Trend?

It was only a matter of time before the market’s attention started paying attention to Greece once again.  The rally in the EUR over the last month or so has been nothing short of amazing as the specter of disaster loomed over the European Union and virtually everyone knew about it.  Nevertheless, the short squeeze in the EUR/USD continued, and even had some EUR detractors doubting their stances as EUR bears.  As my colleague Matt Weller stated so poetically this morning, Greece’s Doomsday Clock is Nearing Midnight, so in lieu of talking more about that situation, let’s look forward to another potentially interesting development.

Almost in lockstep with the EUR’s advancement has been the move higher in the AUD.  Despite the insistence by the Reserve Bank of Australia that their currency is overvalued, it continues to grind higher.  The most recent monetary policy decision by the institution was a bearish move as well in that they cut interest rates, but the fact that investors believe that the cut was a “one-time event” instead of the start of a cutting trend, the AUD has been on a roll.

Perhaps to clear the air a little more as to whether the market’s belief of a single cut is correct, the RBA will be releasing their minutes from the last policy decision.  If the minutes suggest that another cut could be coming at the next meeting on June 2, the AUD could be in a world of hurt, and many of the trends that have developed over the last month could be broken.  One such trend is in the AUD/USD where if current USD strength prevails ahead of the release of the RBA minutes, the trend line could be challenged.  If the minutes suggest another rate cut could be possible, the rising trend could be a thing of the past; however, if the market is substantiated in their belief of the one-time cut, the AUD may continue to be the darling of the currency world.  Considering the Employment miss and lack of inflation in Australia though, it may be more likely that the RBA’s decision makers are seriously considering another cut. 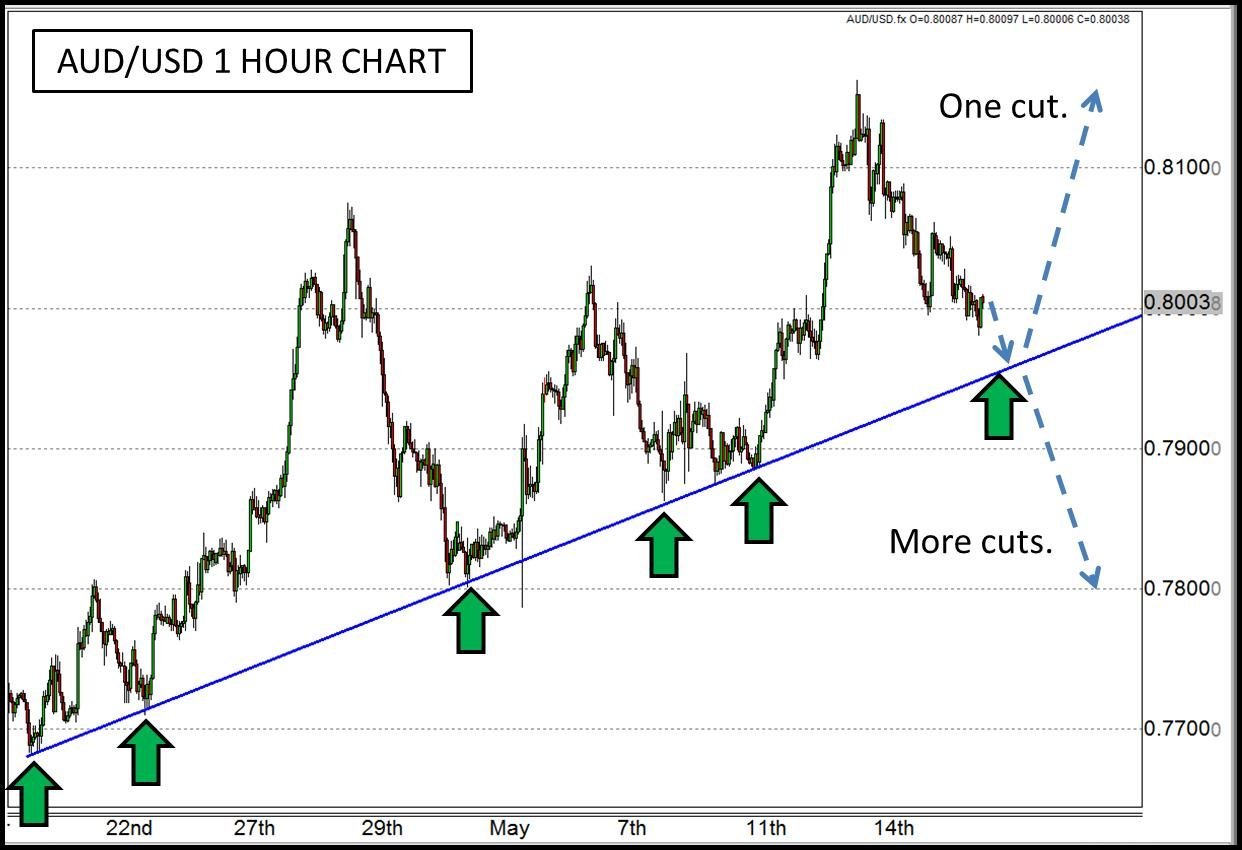