Earlier this morning, we noted the modest strength in the US dollar, which has been driven primarily by safe-haven buying surrounding the ongoing uncertainty with Greece’s upcoming debt payments. While that story could well metastasize into the most market-moving theme as we head into the end of the month, there are also two key EM central bank decisions this week as well:

Central Bank of the Republic of Turkey (Wednesday, 11:00 GMT)

Turkey’s lira surged higher last week, gaining roughly 4% against the US dollar but the key to this week’s price action will be the Central Bank of the Republic of Turkey’s (CBRT) monetary policy meeting on Wednesday.

Objectively, the central bank should almost certainly raise interest rates in order to combat the country’s elevated inflation rate and historically weak currency (last week’s rally notwithstanding), but unfortunately for CBRT Governor Erdem Başçı, the blurred line between politics and monetary policy makes the decision far more difficult. The ruling government, led by President Erdoğan, has repeatedly offered the unsolicited “advice” to the CBRT to keep monetary policy easy, and with major elections coming up on June 7, the CBRT will likely keep interest rates steady at 7.5%.

That said, a rate hike is certainly favored later this year, so if the central bank hints at tighter policy later this year, the lira could still build on last week’s gains. In terms of USDTRY, the bearish trend in the MACD and not-yet-oversold RSI indicator hint at a possible move toward previous support at 2.55 if the central bank’s statement is hawkish. On the other hand, a neutral statement could lead to more consolidation in the 2.55-2.65 range. 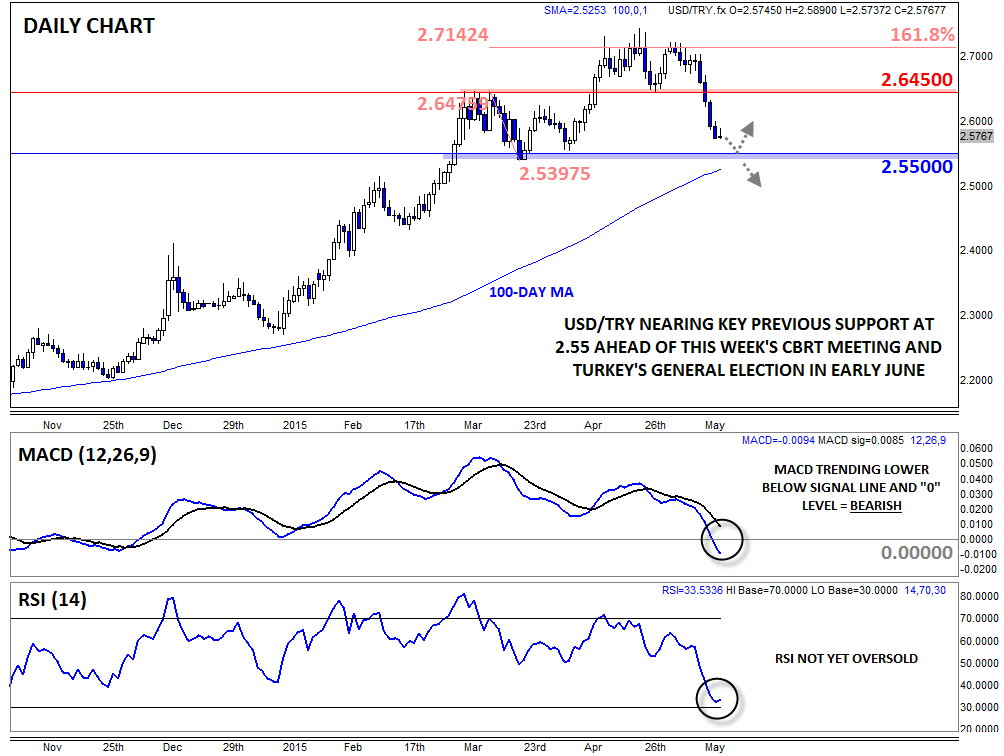 The South African Reserve Bank (SARB) is also meeting this week, and like the CBRT, the central bank is expected to remain on hold, though perhaps for more legitimate reasons. Though the weakness in the rand is a concern for some economists, the SARB has implied that it would like to see inflation edge up toward the central bank’s upper limit of 6% annualized before hiking interest rates, perhaps in Q4 of this year. It’s also worth noting that South Africa will release unemployment, inflation and retail data in the run up to Thursday’s SARB decision.

From a technical perspective, the pair continues to find support near its 100-day MA and the 11.75 level. To the topside, a near-term bearish trend line around 12.00 even continues to cap rates. Meanwhile, the MACD is showing a shift toward modest bearish momentum, though the RSI indicator is bouncing back from key previous support at 40. Depending on the content of the SARB’s monetary policy statement, the pair could break out of the recent tight range, but for now, a neutral bias is appropriate for now. 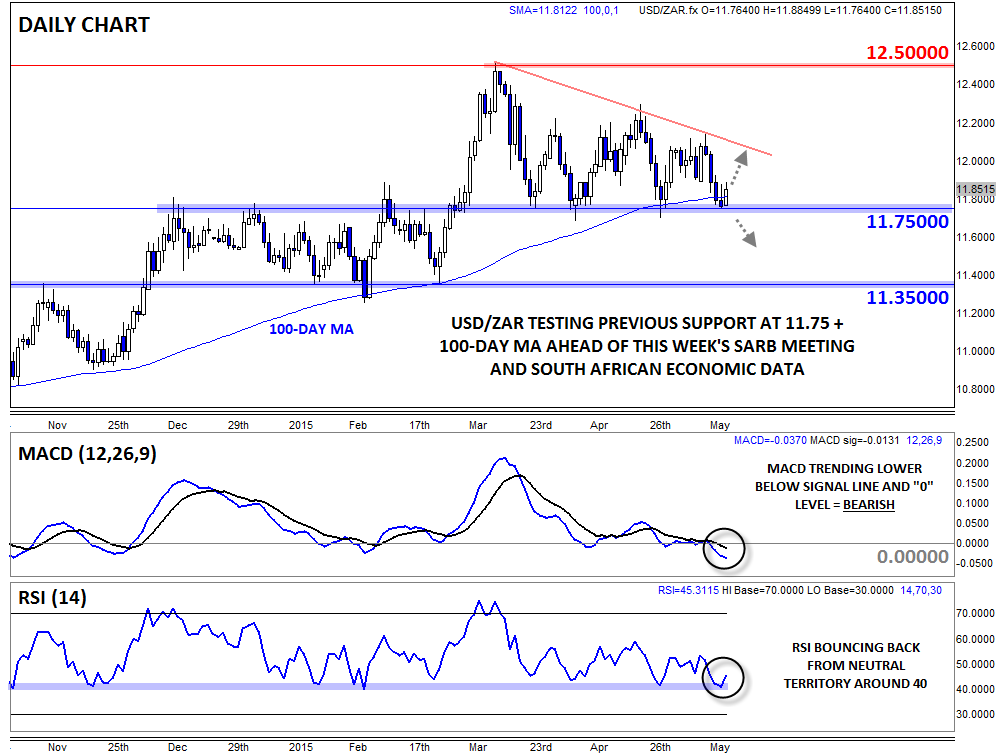