Precious metals have turned quite volatile over the past week or so. Both gold and silver rallied strongly last week, mainly due to a falling dollar, before dropping back sharply yesterday as the greenback surged higher on the back of some surprisingly good housing market data. The USD also received some indirect support from a falling GBP and EUR following news that the UK fell into deflation for the first time since 1960 and after an ECB member said the central bank’s QE programme could be temporarily boosted.  The dollar will be in focus again when the FOMC’s last meeting minutes are released at 19:00 BST (14:00 ET) today. If this conveys a dovish message then the US currency could be hit hard, while a hawkish message could send it sharply higher. This in turn may cause the buck-denominated commodities like silver to move sharply.

Yesterday’s sharp pullback caused silver to break below some important short-term support levels. But it has still managed to hold its own above the technically-important area of $16.90/$17.00. This is where the 200-day moving average meets the 38.2% Fibonacci retracement level of the last upward move.  If this 38.2% Fibonacci level – which represents a shallow pullback, compared to say the 61.8% level – holds firm, it would suggest that the buyers may still have the overall control. Thus if silver were to rally now and eventually climb above Monday’s high then the next leg higher could be significant. What’s more, silver has already broken above a long-term downward-sloping trend line which may discourage the bears from establishing further bold positions. However if silver falls back from here then it may make a move towards $16.70 (the point of origin of last week’s breakout) or $16.40 (61.8% Fibonacci level) before deciding on its next decision.

So, in summary, the price of silver has the potential to bounce back strongly today if the dollar falls back, say as a result of a dovish FOMC minutes, or otherwise if the bulls defend the abovementioned $16.90/$17.00 area successfully. However if the bulls do not show up here then the near term outlook would become more murky and possibly bearish once again. 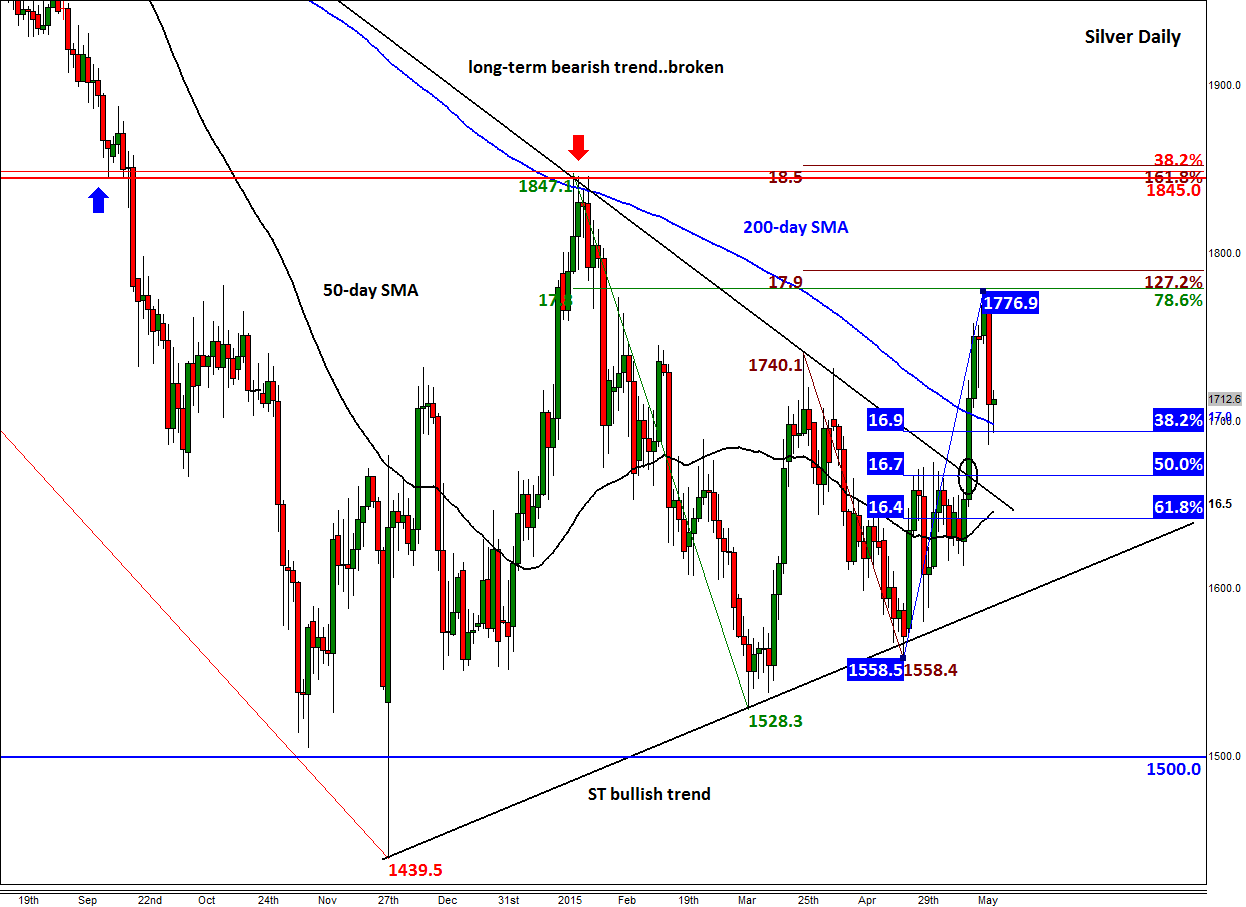