European stocks eked out small gains in a rather quiet session today. This came despite news that five of the world's largest banks, including Barclays, are slapped with fines totalling $5.7 billion for manipulating the FX market. In fact, shares in Barclays jumped 2% after the news was released, apparently on relief that the FCA’s biggest ever fine of $2.4 billion was not even bigger. Overall, European equities remain in demand thanks to the record low interest rates, not just in the euro zone but across all the major developed economies. Indeed, the ECB has reaffirmed its commitment to QE, saying the stimulus programme will remain in place until at least its intended end date of September 2016. This has given the European stock market bulls – and also the euro bears, for that matter – reason to increase their bets in recent days.  Across the pond, the US Federal Reserve’s last policy meeting minutes will be released at 19:00 BST (14:00 ET) today. If this conveys a dovish message then equities may get another shot in the arm, while a hawkish message could have the opposite effect.

Our technical outlook for the European stock markets remains bullish – for now, anyway – after the major indices recently defended their key support levels. Take the Euro Stoxx 50 as an example. As can be seen from the chart, the recent pullback from the 7-year high of 3835 has only managed a retracement to the 38.2% Fibonacci level of the last significant rally that began in mid-December (i.e. from point D on the chart). This represents a shallow pullback inside the long-term upward trend which suggests that the buyers are still in control overall. What’s more, the bullish channel has remained intact after the index found strong support from the lower trend of this channel around 3485-3500 recently. As a result, the index has now broken above the support-turned-resistance level of 3655 and is trying to take out its 50-day moving average at 3675. But is it rallying into another resistance level at 3700? This level corresponds with the 61.8% Fibonacci retracement of the last downswing. If this does not offer much resistance then a rally to much higher levels could be on the way soon. The next bullish targets are the Fibonacci levels as shown on the chart. We would only turn bearish on the index if and when it breaks out of the bullish channel to the downside. But even then, we think that the potential losses may be limited due to our long-term bullish fundamental view. 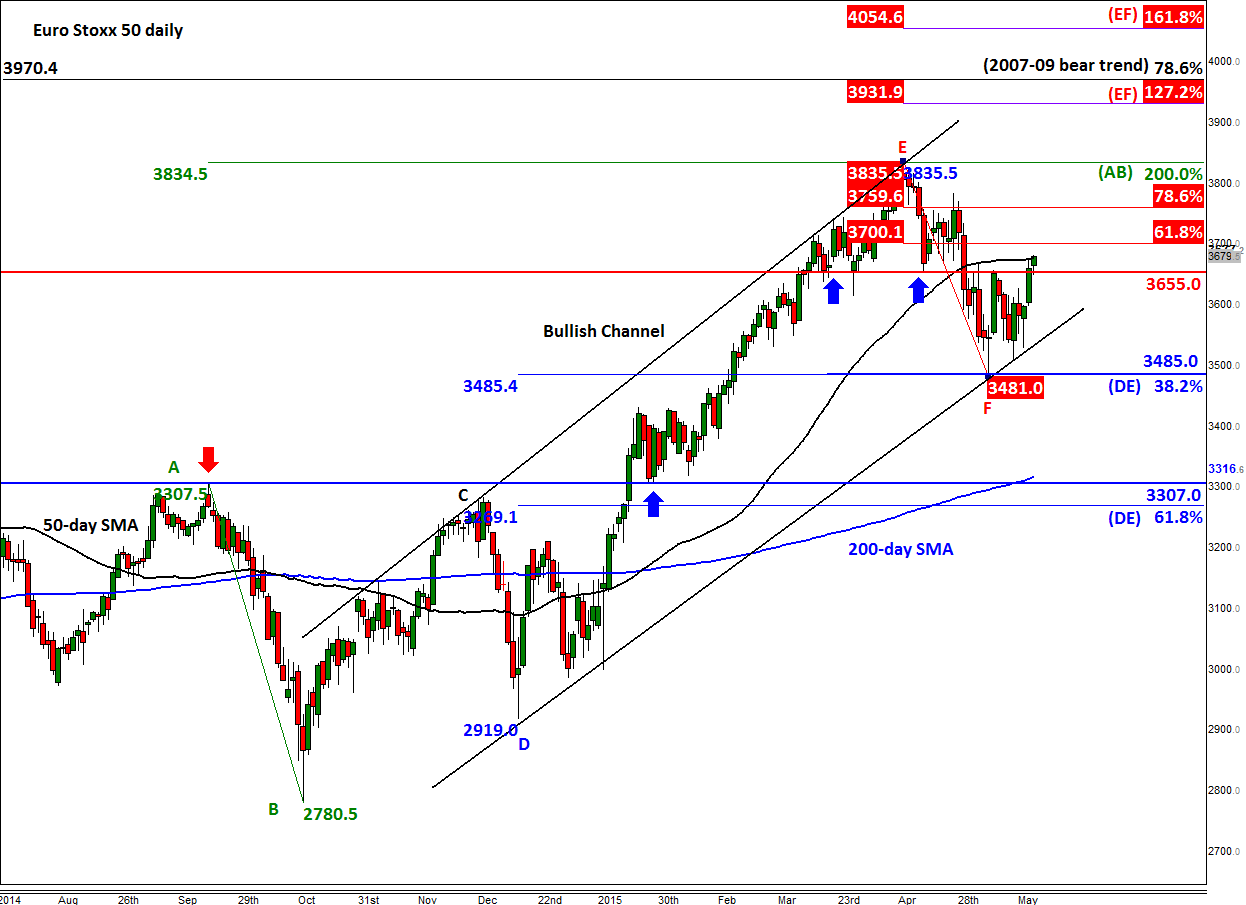