The last time I wrote about the S&P 500, in mid-May, the benchmark US index was trying to break out of a lengthy consolidation pattern and take out sturdy resistance around 2120 (see “Stocks: can S&P 500 finally clear 2120?” for more). In that report, we pointed out the fact that the bears had been reluctant to increase their positions meaningfully when a key support level had been broken. That pattern in our view was, and still is, bullish. What’s more, the index was making a series of higher lows in what essentially had been a messy bull-bear battle. Thus we argued that if it S&P did eventually break higher, the next move could potentially be explosive due to the significant amount of time it had spent in consolidation. Undoubtedly some bullish speculators had also been waiting on the side lines until the trend became clearer. Now, as can be seen on the updated 4-hour chart below, the index did, as we had expected, break higher.

The first bounce off of the resistance-turned-support area of 2117-2120 came to a halt around 2137. This represented a less than 1% gain, which was admittedly a lot less “explosive” than we had envisaged. Nevertheless, the index has again found some solid support around this area today and so it could still be on course to potentially rally to much higher levels. However, if the index breaks back below the 2117-2120 area on a daily closing basis then all bets are off and a sharp move lower could result as the bulls rush for the exits.

As the S&P is trading near the record high it had achieved earlier this week, there are not much, if any, prior price reference points to watch for signs of resistance – apart from the all-time high itself at 2137. But there are a few Fibonacci extension levels that need some attention which are now not too far off. On the 4-hour chart, these are at 2143 and 2165, levels that correspond with the 127.2 and 161.8 per cent Fibonacci extensions of the last notable downswing (i.e. from 2126 in April to 2162 in May). But looking at the more significant weekly time frame (in figure 2), one can see that the 161.8% Fibonacci extension level of the entire 2007-09 crash is now looming large at 2138/9. Slightly ahead of this potentially exhaustion point is the 161.8% extension of another, albeit shorter term, price swing at 2145/6. The latter is derived from the downward swing between September and October 2014.

But despite the fact that these potentially exhaustion levels are approaching,  the underlying price action looks bullish with the S&P’s weekly chart, for example, showing a couple of hammer candles in as many weeks. What’s more, the recent breakout from the multi-month tight consolidation pattern ahead of these levels suggests the index was probably gearing up for a potentially sharp rally. Thus, we wouldn’t be surprised if the Fibonacci extension levels are taken out with relative ease. Indeed, most traders are probably (or should be) using these Fibonacci levels in this strong bullish trend as their long profit targets rather than short entry points. We think that the key resistance level will be around the resistance trend of the long-term bullish channel, which, depending on the speed of the potential rally, comes in all the way around 2200. 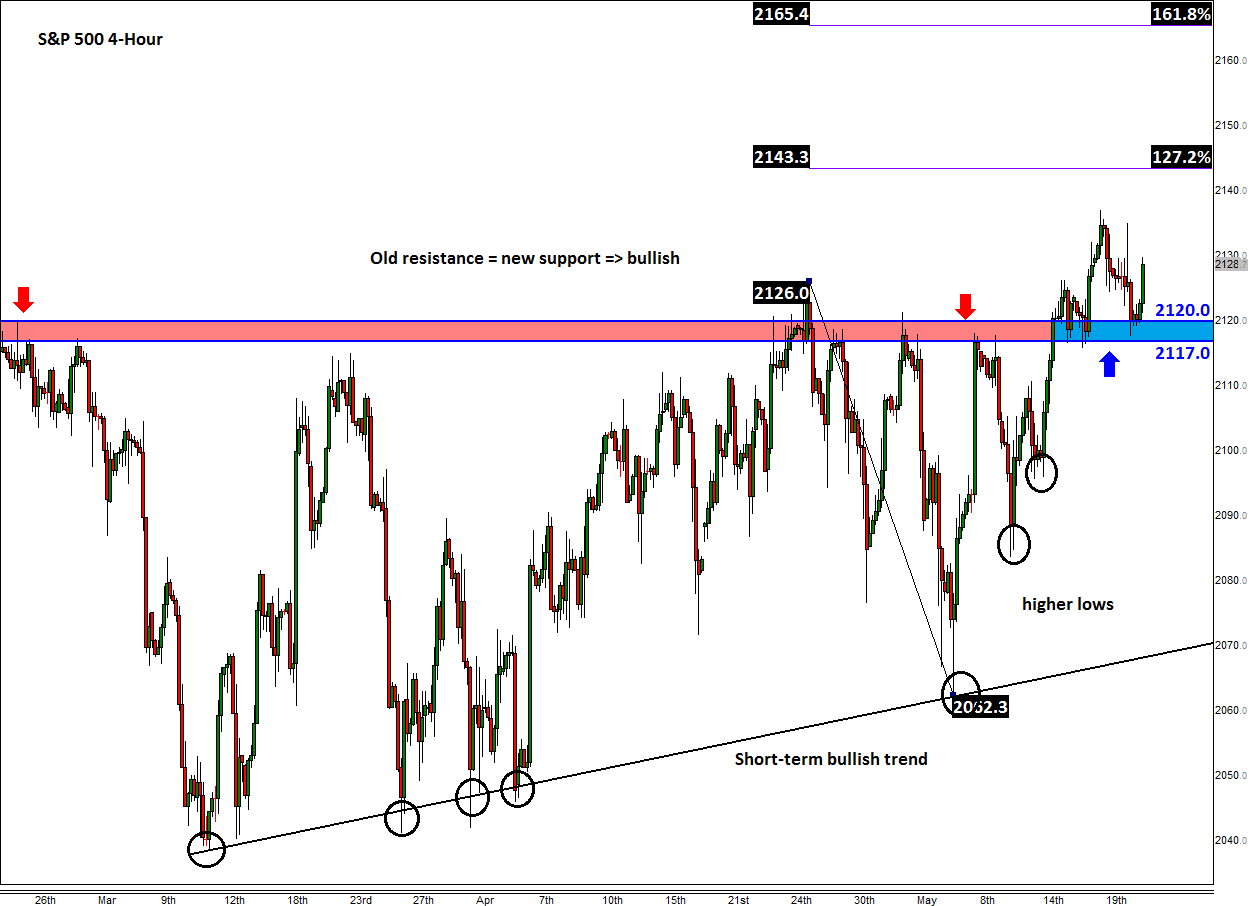 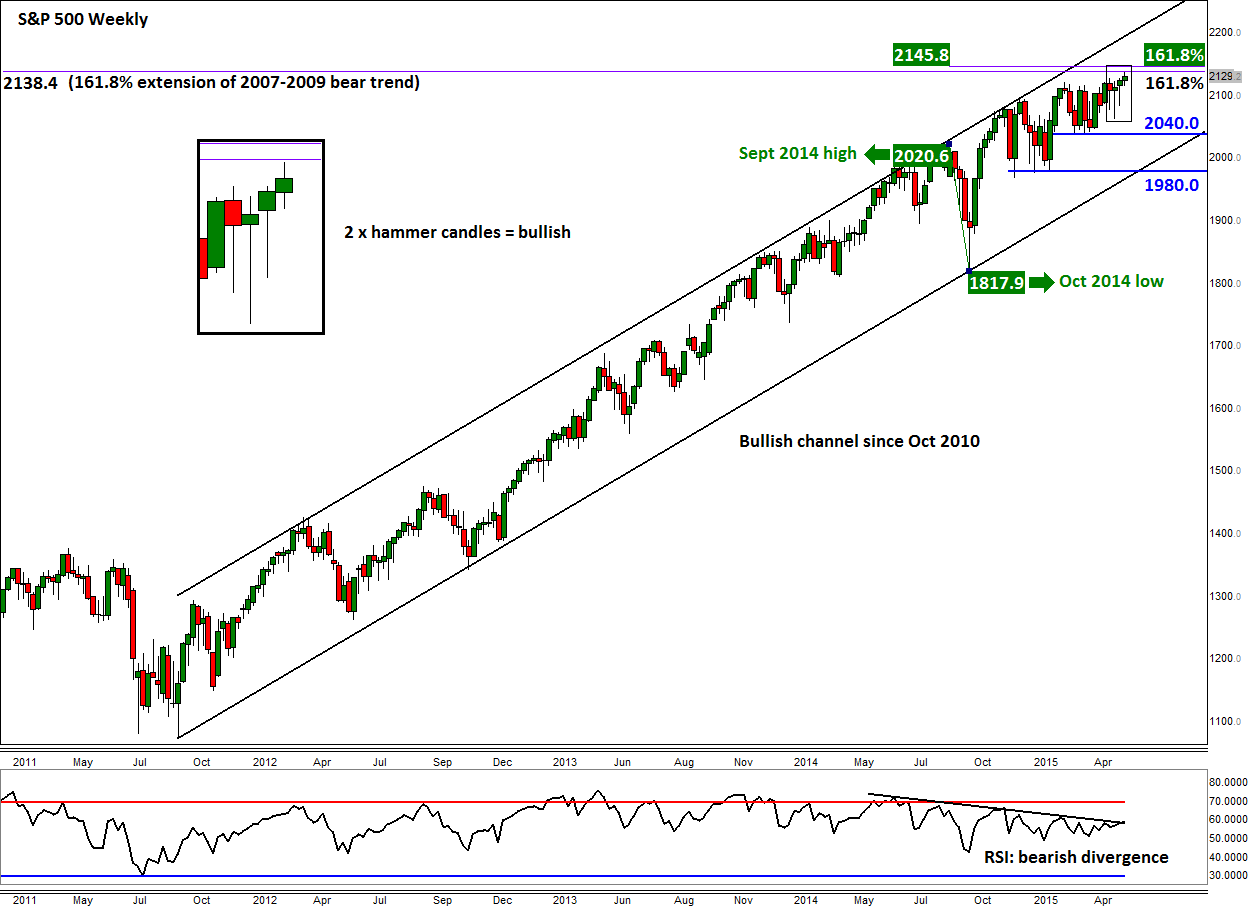