At the beginning of the week we highlighted how AUDNZD’s upward drive was losing momentum after being rejected around 1.0900. Now, a drive towards the NZ dollar that began in the US session and has gathered momentum in Asia has pushed the pair to an important support zone around its 200-day SMA. Nothing has changed from a fundamental perspective today to drive the push towards the kiwi, instead the move looks more like a correction that was triggered by moves in NZDUSD.

A break of the pair’s 200-day SMA would add weight to a bearish bias and it would likely correspond with a break of 1.0700 and its 25% fib. retracement level if it happens soon. If price does head lower it may find some support around 1.0570/1.0600 and then 1.0465 – it has a lot of room to the downside after its big push higher in late April/early May. 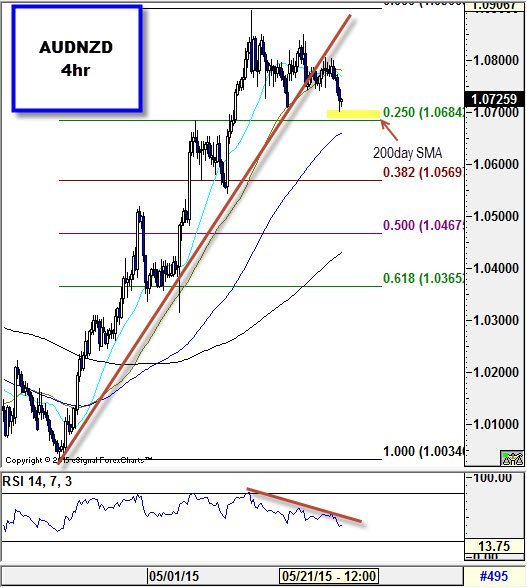