Crude oil eases back ahead of long weekend

Crude oil prices are retreating today, seemingly on profit-taking ahead of the long weekend.  This follows sharp gains on Thursday and a smaller rally the day before which was inspired by news of a third drawdown in US oil inventories in as many weeks. Crude’s rally on Thursday was also supported by a retreating dollar. The US currency erased some of the gains it had made earlier in the week on the back of further weakness in macroeconomic data. This time it was the latest unemployment claims, manufacturing PMI, Philly Fed manufacturing index and existing home sales figures that dented its rally. Today’s CPI data obviously has the potential to inspire more volatility in the USD which in turn could impact the price of oil and other buck-denominated commodities.

WTI was also supported on Wednesday by technical buying after the key $58.00-$58.50 support area held firm yet again. This probably also caused traders who had sold after the breakdown of the bullish trend line to take profit on their bearish positions. But now that US oil has reached the technically-important 61.8% Fibonacci retracement level of the most recent downswing at $60.80, another downward move from here would not surprise me.  But for oil to make a decisive move lower, the bears would need to see oil trade below the aforementioned $58.00/58.50 support area soon. If seen, oil could then easily drop all the way to $54.00 as there are not much further immediate supports ahead of this old resistance level. 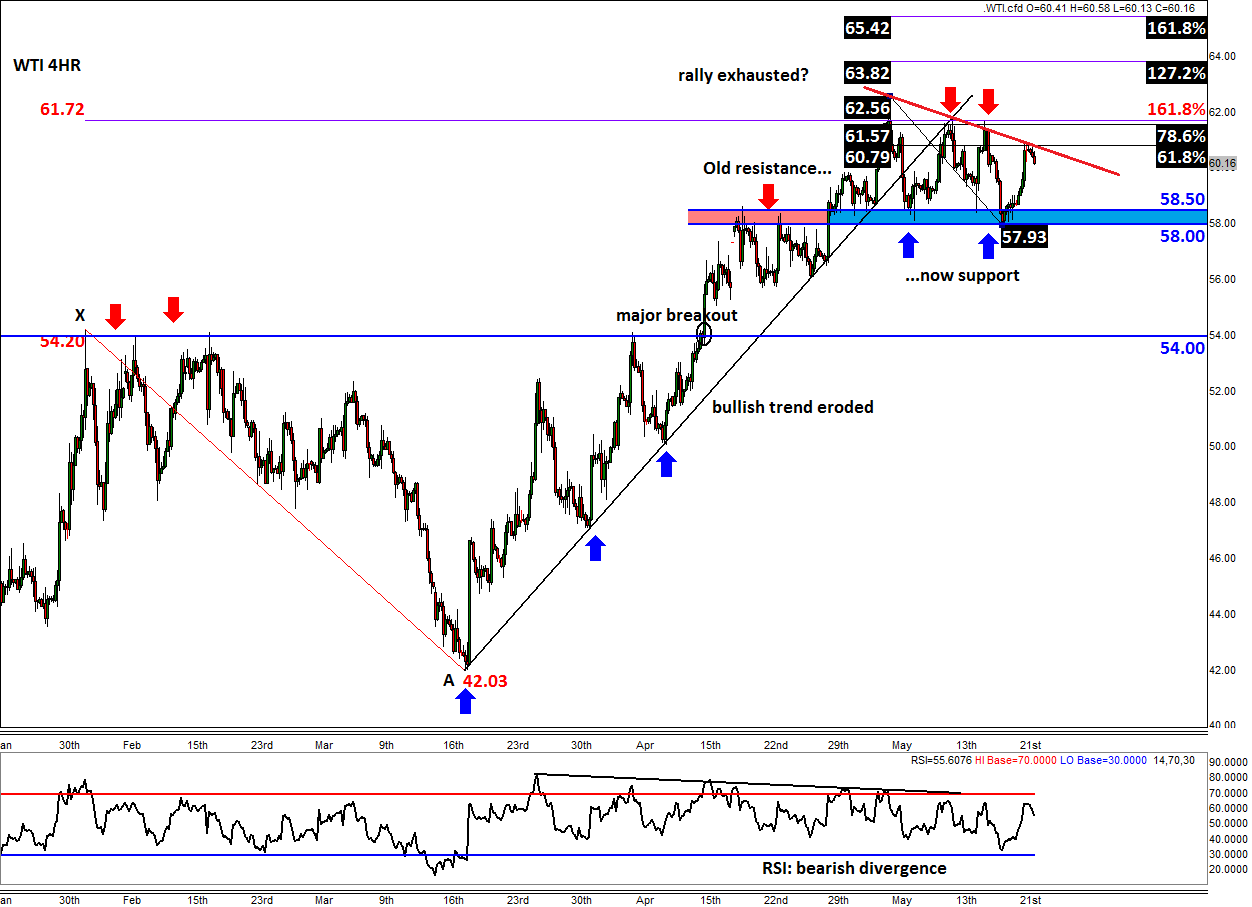