It has been a quiet morning in regards to North American markets as the economic calendar was mostly blasé thanks to no US news being released and only the Bank of Canada’s non-action with which to contend.  While the BoC had the potential to rile things up a bit, they kept everything the same and even followed the Federal Reserve’s lead in calling low inflation levels transitory due to “sharply lower energy prices.”  The main headlines are coming out of Europe where Greece is rattling the cages once again.  This time around there was word of Greece being “nowhere close” to a deal, followed soon after by rumors of a deal nearly being struck.  In reaction to the mixed news, the EUR/USD has taken turns falling and rallying about 100 pips respectively before retreating to middle ground as we head to the lunch hour.

Stock markets, on the other hand, have had a pretty decent day as they surged out of the gate and have maintained that early strength.  Both Dow Jones and the S&P 500 are up around 0.6% and look destined to close in the green on the day assuming no selloff in the afternoon.  However, some currency pairs that are typically correlated with equities in general aren’t playing along, like the AUD/JPY.  That could mean a variety of things; maybe the correlation isn’t relevant today, perhaps there are other factors influencing it more, it might signaling that the equity rally is unsupported, or maybe, there is a delayed reaction.  The latter is the most intriguing and could provide us with an opportunity to see a rally in this pair as the second half kicks off and we transition in to the Asian trading session.

Supporting the theory that the delayed reaction could be the culprit is the fact that other JPY pairs, like the NZD/JPY and EUR/JPY, are finding their footing and rallying right along with the USD/JPY.  In addition, the AUD/JPY recently found support at the 78.6% Fibonacci retracement of the most recent significant low to high, the lowest reasonable retracement for this type of pattern.  If equities can continue to see strength, the AUD/JPY could very well play “catch up” and provide an intriguing opportunity.  Be warned though that tonight, Australia will be releasing their Private Capital Expenditures and Japan will be releasing Retail Sales.  Interestingly, the PCE appears to be pessimistic, predicting a second straight quarterly decline, while Retail Sales appear to be optimistic, expecting a positive result for the first time in three months. 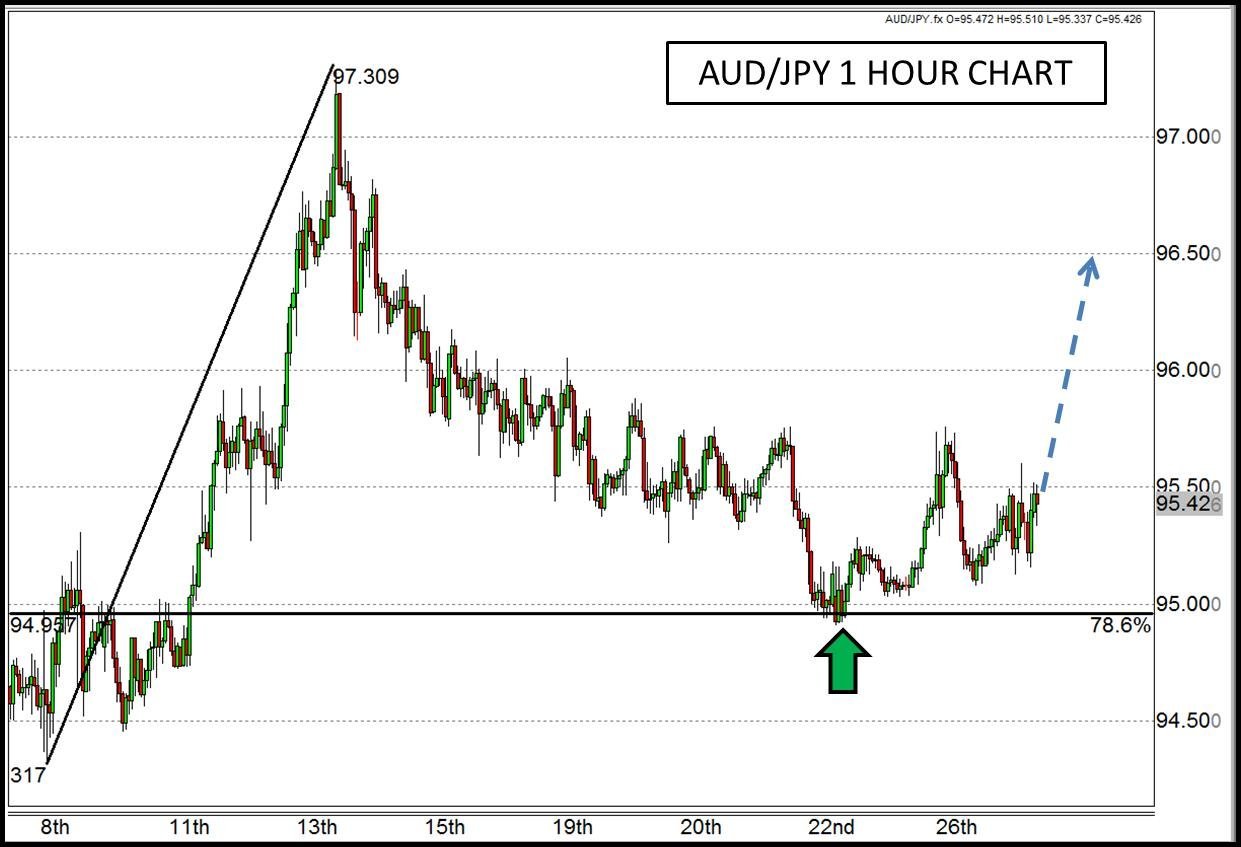