EUR/NZD at make-or-break it level

The EUR/NZD may not be everyone’s favourite pair to trade, but this cross is displaying some interesting price action which could provide some decent opportunities this week. The EUR/NZD has enjoyed a strong rally since bottoming at 1.3880 in April when the RBNZ abandoned its hawkish stance and turned dovish. The rally momentarily stalled around the 200-day moving average in mid-May, at 1.5400, but the corresponding sell-off did not last long as the buyers stepped back in around the 1.4950 area, causing price to rally to a fresh multi-month high today. But given the large interest rate differential between the ECB and RBNZ, it is questionable how long the rally could last. That said, a potential deal for Greece could spark a relief rally in the euro, which may provide this pair further support.

But the EUR/NZD has turned lower on the day even though it had gapped higher at the open. The resulting price action has created a potential Dark Cloud Cover candle stick pattern. This bearish pattern is formed when price gaps higher but then quickly loses momentum to create a red candlestick following a large green one in the preceding session. For this pattern to be valid, it must also have a closing price that is within the price range and below the mid-point of the previous candle. The session has not ended yet, hence this is a potential pattern in the making. But if the above conditions are met then we could see a notable sell-off in the coming days. What makes this pattern even more interesting is the fact that price has now achieved a retracement to its 61.8% Fibonacci level at 1.5465. This particular Fibonacci level tends to offer good support and resistance for this currency pair.

However, the above pattern could easily become invalid if price closes decisively above the 200-day SMA or the 61.8% Fibonacci level. If that happens, then a continuation to much-higher levels could be under way. In this scenario, the bulls could be eyeing the Fibonacci extension levels of the price swing from points C to D as their next targets – e.g. 1.5530 (127.2%) and 1.5695 (161.8%). 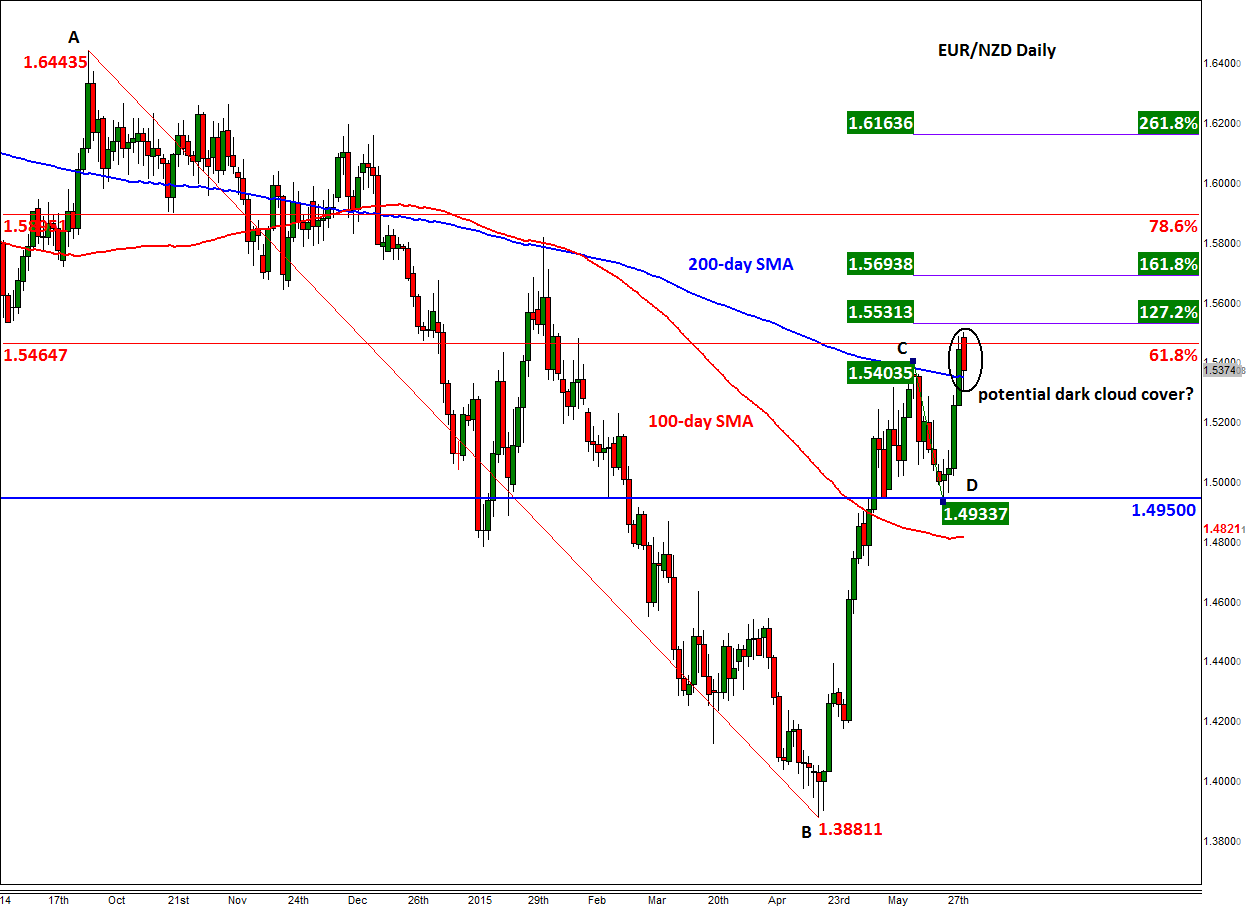