GBP/USD down but not out (yet)

The GBP/USD has relinquished about 50% of the sharp gains made in the prior session. Sterling fell across the board this morning on news that activity in the dominant UK services sector slowed down in May from an eight-month high in April. The PMI dropped to 56.5, down 3 whole points from 59.5 recorded in April, easily missing expectations of 59.2. The services sector disappointment comes a day after the construction sector PMI surprised to the upside, which along with some cheerful lending data, caused the pound to surge higher. But as far as the GBP/USD is concerned, the volatility is only likely to increase as we progress through the second half of this week because of the sheer number of high-impact US macroeconomic data coming up. It all starts later this afternoon with the ADP private sector employment data at 12:15 BST (07:15 ET), followed by the US ISM non-manufacturing PMI at 15:30 BST (10:30 ET). On Thursday we will have the usual weekly unemployment claims and then the official monthly jobs report on Friday. So, although the GBP/USD is down, it is by no means out (yet).  Indeed, if the Cable manages to shrug off weakness in UK and/or potential strength in US data over the coming days then the rally could extend to much-higher levels over time.

Immediately after the release of the UK services PMI data, the GBP/USD dropped by one big figure before pausing around the 1.5250/70 support area ahead of the US data later in the day. This area corresponds with an old resistance level and the 50% retracement of the up move from this week’s low (see the 1-hour chart). It could therefore turn into support and precede another rally. However if this area is taken out decisively then price may extend its decline sharply on further technical selling.

Now, for some reason the 50% retracement seems to be very important for the Cable. This exact retracement level is where the larger downward move came to a halt earlier in the week, causing price to post a large bullish outside candle on the daily chart. Thus, the longer term trend may have already turned bullish once more. Unless proven wrong by price dropping below Tuesday’s low of around 1.5180, the near term outlook therefore remains bullish despite today’s sharp sell-off. As such, price may bounce back here and embark on another rally towards the resistance levels shown on the two charts (US data permitting, of course). The immediate resistance level is around 1.5330 now, followed by today’s high of 1.5370. Thereafter, the 38.2% Fibonacci retracement of the downswing from the May high comes in at 1.5415, followed by the pivotal 1.5500 handle – as well as this area being prior support and resistance, it also corresponds with the 50% retracement level. Alternatively, if the GBP/USD takes out the 1.5170/90 support area then the next stop could well be at the 61.8% Fibonacci retracement of the upswing from April low, at 1.5040. 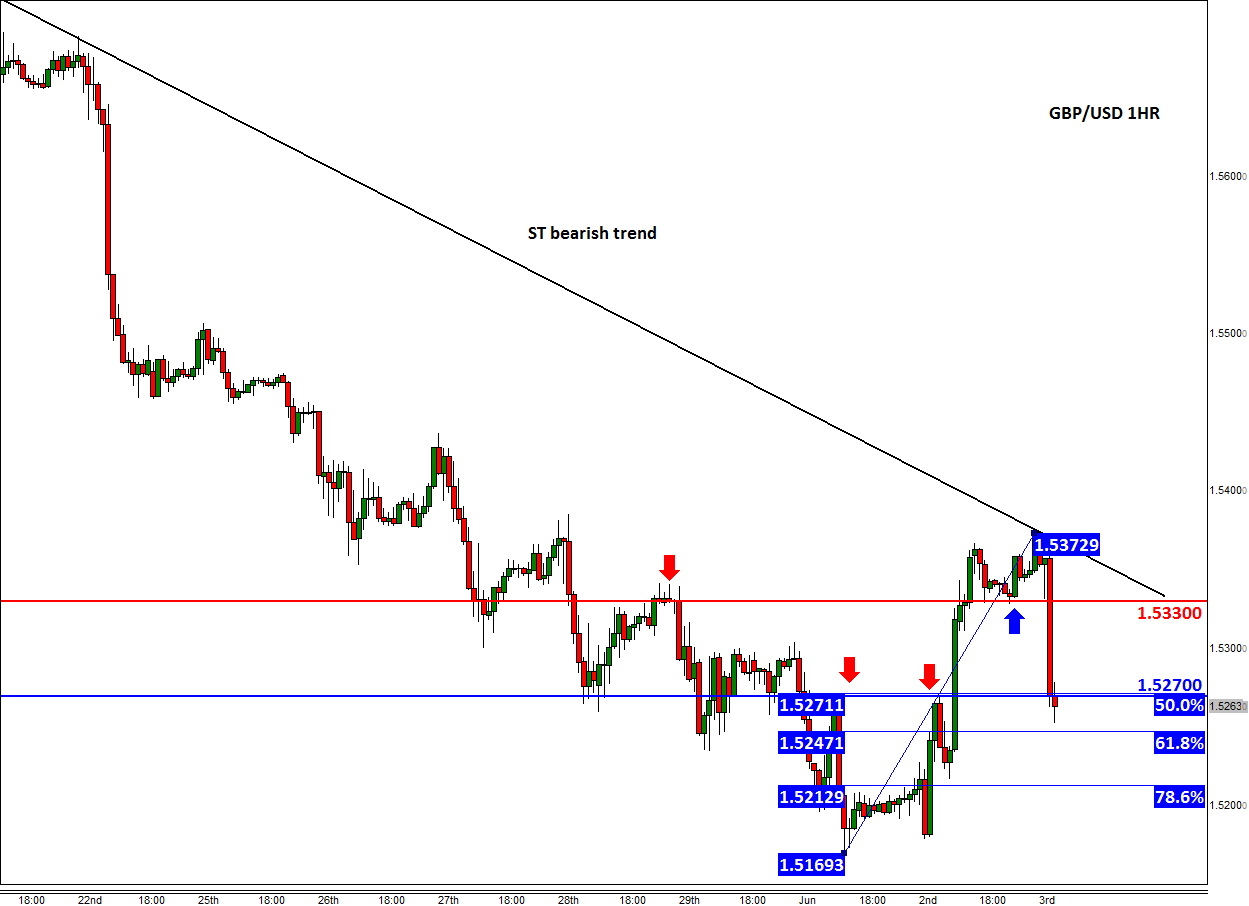 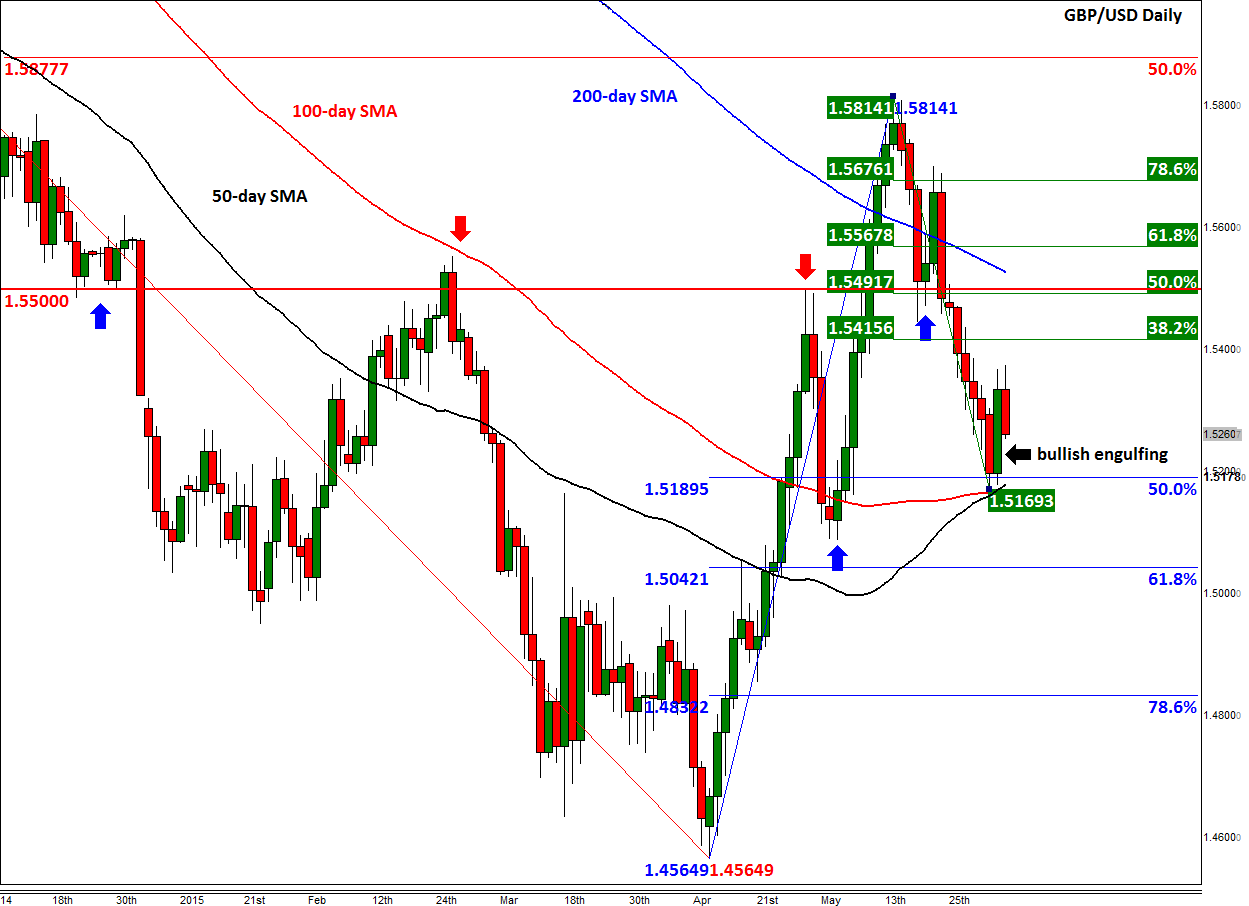